Recently I had the opportunity of visiting the Banner of Truth Trust’s North American office in Carlisle, Pennsylvania.

For those unfamiliar, The Banner is a nonprofit publishing company that promotes “Biblical Christianity Through Literature”. Its name derives from Psalm 60:4, “You have given a banner to those who fear You, that it may be displayed because of the truth.”

The organization is well known and revered for the high quality of its books. From thick covers to sturdy binding to high quality paper, all of its publications are very well-made and durable so that the books can be preserved for future generations to learn and glean from.

What makes The Banner unique and important is that they publish classic and theologically rich material from preachers and writers of the Reformed and Puritan traditions in Europe and America, with many titles being long sought after and previously hard to find.

They publish works from historical giants of the faith such as George Whitefield, Jonathan Edwards and Martyn Lloyd Jones. They also put out many lesser known but no less important works from writers and theologians such as John Owen, J.C. Ryle, John Newton and Thomas Watson to name only a few.

Simply put The Banner presents readers with vast treasure troves of deep material covering a large scope of topics from systematic theology to church history and everything in between.

I have been a fan of The Banner for years; its books, authors, and mission are Biblically grounded and provide the reader with hours upon hours of deep and refreshing reading.

Given my enthusiasm for The Banner, having the chance to visit the North American office meant a lot to me.

For those unfamiliar, Carlisle is a quaint college town located about a half hour’s drive outside Harrisburg in the midst of the Cumberland Valley.

The town’s many one-way streets are lined with brick-row homes, shops and numerous eateries. The sidewalks are often lined with visitors, college students from Dickinson College and government employees from the Cumberland County Courthouse district. Suffice to say Carlisle is a small but surprisingly busy little town with a northeastern charm all its own.

The Banner’s North American office is nestled in a seemingly non-descript town home on Louther Street where a modest blue wooden sign greets visitors upon their approach. 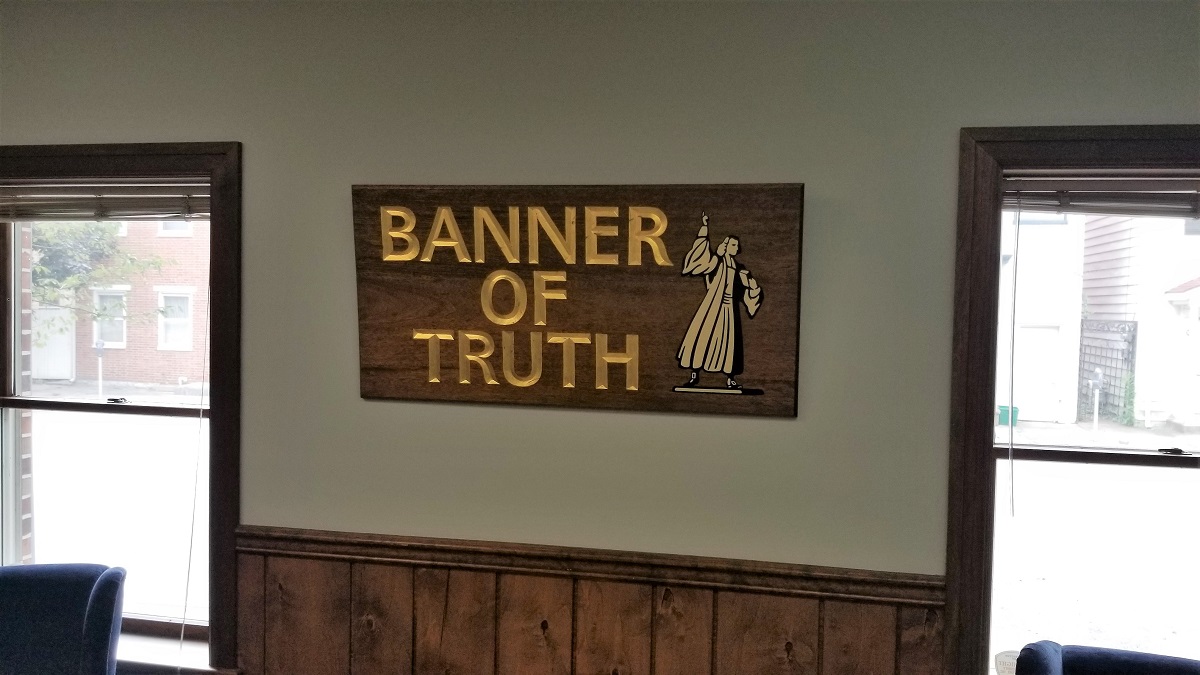 Upon entering I was greeted by two women sitting at a large front desk flanked on both sides with bookcases of various Banner books.

There was a quiet and dignified air throughout the room, much of what one would expect from a distinguished library. It was a serene atmosphere that had a sense of awe to it, very much what I anticipated experiencing before I arrived.

Upon introducing myself I was told that the two bookcases in the main lobby were all stocked with gently used editions that were 50% off their respective cover prices.

Truth be told I knew right then and there that the visit wasn’t going to be necessarily kind to my wallet, but my collector’s mindset and thirst for great Christian classics quickly put to rest any apprehensions of spending money.

As I started setting a large stack of books on the counter to purchase I was greeted by Pat Daly, a fellow millennial with a passion for great books who also holds the title of North American Manager for The Banner. Pat and I had some previous correspondence before the trip and had planned to meet up during my visit.

After finally being able to put faces to names (and email threads!) Pat offered to take me on a tour of The Banner’s warehouse and offices.

Being a nonprofit professional myself and having an MBA I was excited to learn more about The Banner from a business perspective. I left my stack of books on the counter (don’t worry I would be re-united with them later) and joined him for the tour.

Pat took me back through the warehouse first which was quite larger than one might expect, especially given the buildings unassuming façade. 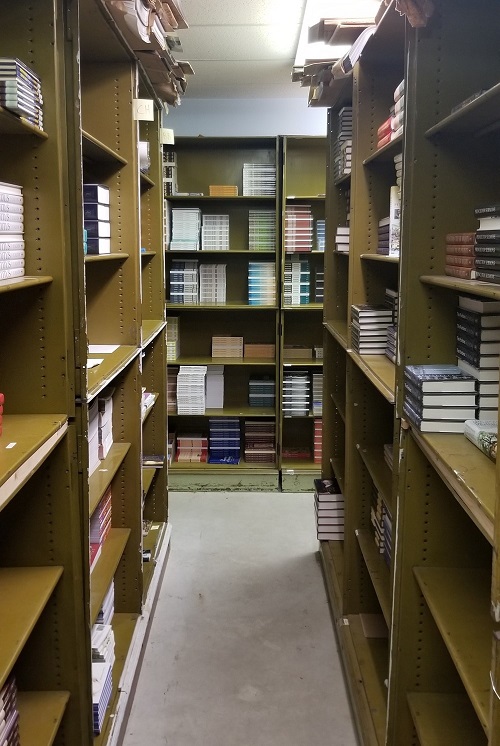 Something I have always noticed about The Banner is its highly detailed and secure shipping. They wrap books in paper and bubble wrap and place boxes within boxes to protect orders. The attention to detail is excellent and rewarding for customers especially given the hap-hazard shipping practices of massive modern retailers today.

As we passed by shelves that contained SKUs of every in-print Banner book we stepped into the main warehouse where I met a nice gentlemen who handles the stocking and packing of the books.

As I talked with him, he was working on a cart of books meant for Amazon. He also showed me other pallets and carts meant for missioners as part of their Book Fund and others en route to consumers and/or distributors.

As we talked about inventory Pat brought up an interesting point that Banner holds onto inventory longer than many other companies. The reason is twofold.

First Banner’s mission caters to promoting and keeping alive rich classic Christian texts regardless of popularity. In fact they actually have detailed criteria for what makes a book a Banner book. “What Makes a Banner Book” says,

“It must be a book worthy of publication irrespective of its likely commercial success; it must pass theological and doctrinal scrutiny; it must promote practical Christian living; it most likely has enduring application and will be as relevant in 100 years as it is today; it must be well written and carefully edited; it must be well produced.” 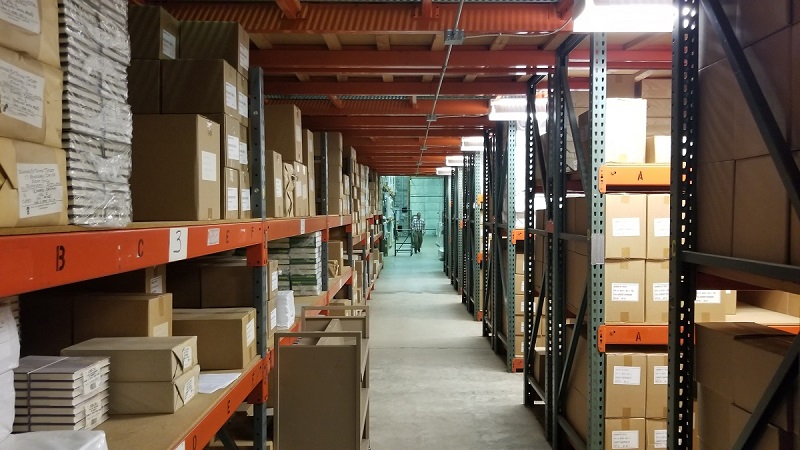 Keeping good books in inventory not only allows good books to remain in print but keeps them ready and waiting for future increases in demand such as when an author becomes “rediscovered” by a new generation of readers.

So getting rid of old stock simply because it is not selling at the moment more or less betrays the company’s mission and the historical significance of its writers. Good books and writers will garner attention at some point.

Secondly is has to do with The Banner being a nonprofit and not a for-profit organization. Because The Banner’s writers are historically significant, popularity factors less into both the printing and inventory decision. The Banner does not have to be concerned with the requirements of shareholders.

As a result, looking to promote best sellers really isn’t within the parameters of its mission. Again, theological soundness, value to the reader and historical significance come before commerciality and keeping inventory on hand for a long time becomes a non-issue. 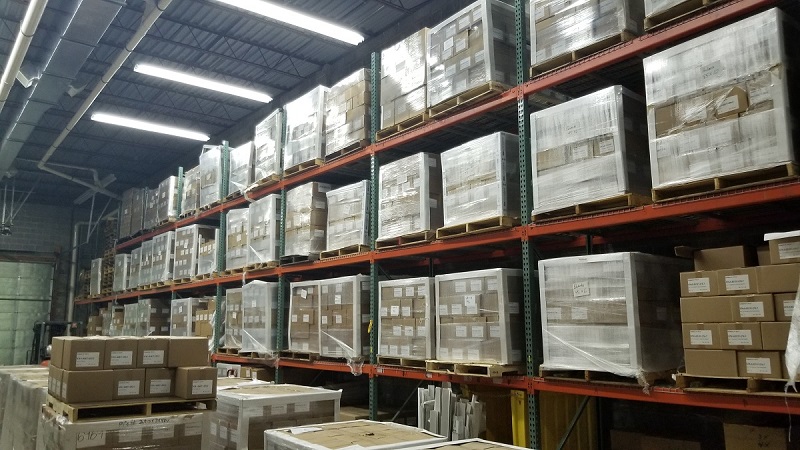 Another view of the warehouse at The Banner of Truth Trust’s North American office (photo J.R. Waller)

The Banner certainly has some “best sellers” such as Sinclair Ferguson’s books that I learned sell very well. However the organization adheres to quality over quantity and seeks to serve readers and its mission above all.

Already along the tour it was clear to me (and was clear even as just a customer before visiting) that The Banner strives to remain faithful to its mission. Everything they do from a business perspective has a mission-first intentionality behind it.

As we proceeded upstairs I passed a photo set up for Instagram and Youtube promotions and also saw multiple white boards on the walls that were filled filled with timelines for print and release dates. 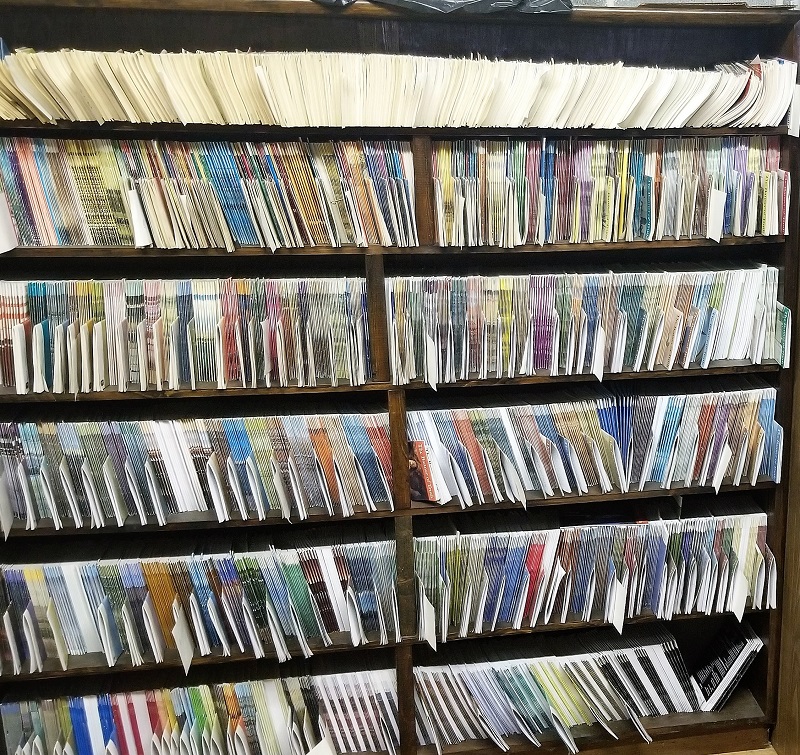 Our next stop was at the magazine wall where they had almost every Banner magazine issue going back to the 1960s on file.

Pat told me it is tradition to pick an issue to take that is from your birth year and month, which I did (and it was a very good issue!).

The Banner magazine is always a great read and it was actually the magazine that served as my first introduction to The Banner. Whether you are a church or an individual, be sure to look into a subscription to the magazine— the articles and reviews are just as rich as any Banner book and well worth the reader’s time.

Our last stop was in Pat’s office where he introduced me to their social media manager. We had some great conversations about the nature of nonprofit businesses and touched upon the fact that good organizations need not be growth obsessed to thrive but rather should focus on sustainability and carrying out their mission exceptionally well with intentionality and quality.

Again the mission was front and center just as is had been throughout my tour and experiences as a customer. The best companies and especially nonprofits know their mission, create a culture with values and practices representative of that mission and in turn create a competitive advantage that elevates them above most of the heard. For instance, when you buy a Banner book, you know it will be high quality, filled with rich content, and will be packed safely, and throughout the process you will be treated with great customer service.

It is easy to be a company. It is more difficult to be a company that stands for something and it is even more complicated to be a mission-minded and culture-first company that is focused not on growth but sustainability. This is what The Banner of Truth Trust is all about. They are committed to their mission, to history, to truth, to sound doctrine and to pointing people to Jesus.

Next we went back downstairs to the main lobby where my books still sat perched on the countertop. Pat and I shook hands, said our goodbyes and I went back to browsing the books and grabbed some more precious tomes for my stack.

The ladies rang up the books, packaged and shipped them and alas I concluded my visit.

I’d like to give a tremendous thank you to Pat and the entire North American team for their hospitality, for the wonderful and informative tour and for carrying out such a great mission.

As I type this behind my laptop, on my desk sits a collection of wonderful books from The Banner of Truth Trust – and for me these are not just books – they are tangible memories of a superb visit to a little book store in Carlisle Pennsylvania.

Disclaimer: The opinions and content expressed herein are solely those of the author and do not represent any endorsement from The Banner of Truth Trust, however all photos and content are used with approval and permission.