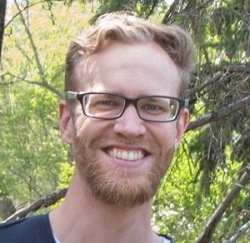 22) And as they did eat, Jesus took bread, and blessed, and brake it, and gave to them, and said, Take, eat: this is my body.

23) And he took the cup, and when he had given thanks, he gave it to them: and they all drank of it.

24) And he said unto them, This is my blood of the new testament, which is shed for many.

Growing up as a child my parents would bring me to church. At the church there was a table that sat right up front directly in the center and right in front of the stage.

It was wooden and engraved on the front edge were the words, “do this in remembrance of me.” There was also a giant Bible on the table that always captivated me. Being the curious child that I was I’d often want to change the page that it would be opened to.

While the table was pleasant to look at, it wasn’t merely for decoration. In fact, once a month communion trays were placed on it. Crackers and grape juice would sit on them.“Depending on a Christian’s background he or she will have different ways of understanding communion based on tradition and denominational distinctives.”

On the day they’d be set out twelve men from our church, the deacons, would arrive dressed in their nicest suits. They’d then rise up at the end of service and proceed to the front where they gathered around the table.

Next, our pastor would hand them each one of the trays, then they’d proceed to pass them around to all of us in attendance.

As the trays were passed around we were told to take one cup and a piece of cracker and to wait until everyone was served. After that, a passage like the one in Mark 14:22-25 was read and we’d partake of the crackers and grape juice to remember what Jesus had done for us.

Depending on a Christian’s background he or she will have different ways of understanding communion based on tradition and denominational distinctives.

As such, it can be tricky to set aside our specific convictions regarding communion when we come to passages such as the one in Mark.

Nevertheless, in the rest of this lesson I aim to help us find some common ground regarding the teaching of communion by looking at it in greater detail.

We’ll also contrast the Lord’s Supper with the practice of baptism and look at how each, as the two ordinances of Christianity, are important pictures of biblical truths.

The Lord’s Supper is one of the two ordinances or “sacraments” of traditional Christianity (the other is baptism).

Since the 1640s, Reformed Christians have been talking about the ordinances – or using the term sacraments – as being both a “sign” and a “seal” of the covenant with Jesus.“It is important to remember that baptism and the Lord’s Supper do not save us – only faith alone in Christ alone saves us.”

By “sign” they mean the outward indication of an inward reality. The inward reality is our faith in Jesus. And that “sign” is very powerful. The Westminster Confession of Faith says this about the sacraments:

There is in every sacrament a spiritual relation or sacramental union, between the sign and the thing signified; whence it comes to pass that the names and the effects of the one are attributed to the other. (Gen 17:10, Matt. 26:27-28, Titus 3:5)[1]

When we read the book of Acts we see in chapter 2 that Peter doesn’t tell the crowd to “repent and believe” but “repent and be baptized” and after that they would join the church meeting in the homes and breaking bread – which is seen as the Lord’s Supper. (Acts 2:38)

However, these signs and seals – baptism and the Lord’s Supper – are the ordinances or sacraments that verify the promises God has given us in the gospel. Here is how John Calvin put it in the Institutes of the Christian Religion:

Now, the sacraments bring us the clearest promises, and they have this characteristic over and above the word, that they give us a lively representation of them, as in a picture.[2]

The Lord’s Supper, a Picture

That is why when we baptize and partake of the Lord’s Supper we want the kids in the room. We want our kids to see them so they can ask questions about them.

Baptism is a picture that we have died to Christ – just as he died. He was put in the grave and then three days later he rose again. “The Lord’s Supper shows our continual identification with Christ and his church.”

When we are baptized we are immersed in water and come back up, showing others that we have chosen Christ as savior and that we have been raised to new life just as Jesus was. Baptism is a post-salvation picture of our decision to follow Jesus and our identification with him.

Baptism then is our initial identification with Christ and His church – it shows others that we have joined the family of God – though it does not save us.

The Lord’s Supper is also a picture – by it we see that Jesus had to give up his body and blood to pay the price for our sins. He willingly did for us, therefore we see the cost of our sin and the price that Jesus paid and are thus reminded of those truths when we partake of the Lord’s Supper.

The Lord’s Supper shows our continual identification with Christ and his church. It demonstrates that we are part of God’s family and are still identifying as followers of Jesus.

Again, and like with baptism, communion does not save us, but it is an important ordinance of the church and it pictures vital Biblical truth.

In this lesson we took an introductory look at the Christian practice of communion. We also contrasted it with the practice of baptism and learned how each are important pictures of biblical truths.

In the second part of this lesson on the Lord’s Supper, we’re going to look at how this practice was passed down to us by Jesus and throughout church history.

To read more articles about the Lord’s Supper, subscribe.

When Trials Surprise You
Podcast S4, Ep. 7 – Lead: 12 Gospel Principles for Leadership in the Church...
The Lord’s Supper Part 3 by Matthew Howden
Practical Tips for When You Don’t Want to Pray by Mandi Cooper