I remember the first time I heard United We Stand. It was 2006, and I was a sophomore at my Christian high school.

While music streaming was still a fairly new concept at the time, the general public was starting to catch on to the idea of online radio.

In fact, the music savvy among us were crafting our own custom radio stations online, and it was awesome!

Not only could you listen to what you wanted, but you also got to hear other music based on what you liked.

We take it for granted today, but back then algorithmic listening was fairly cutting edge.

Suffice to say, Pandora exposed me to tons of new CCM songs, including two tracks from Hillsong United’s United We Stand album.

After just one listen to From the Inside Out and Came to My Rescue I was hooked. 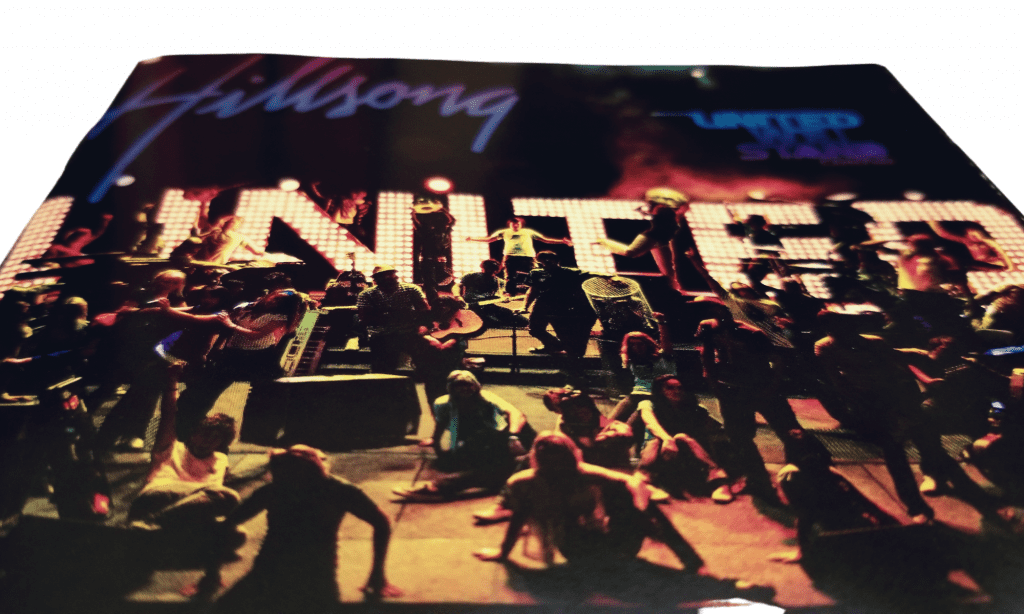 For those unfamiliar, Hillsong United was formed in 1998 as a youth-oriented worship band by Hillsong Church in Sydney, Australia.

It was spin off of sorts from the more mainstream Hillsong Worship. Over the years both groups have shared singers and songwriters.

Also, both groups are still active today and are immensely popular.

While United We Stand was United’s seventh album, there was something inherently different and better about it. It was a turning point for the group.

Often we say that certain bands have their own “sound.” While it can be difficult to define just what those sounds are, we know them when we hear them.

This was the beginning of the “United sound.” The style itself would become the benchmark for mid-2000s youth stadium worship music. 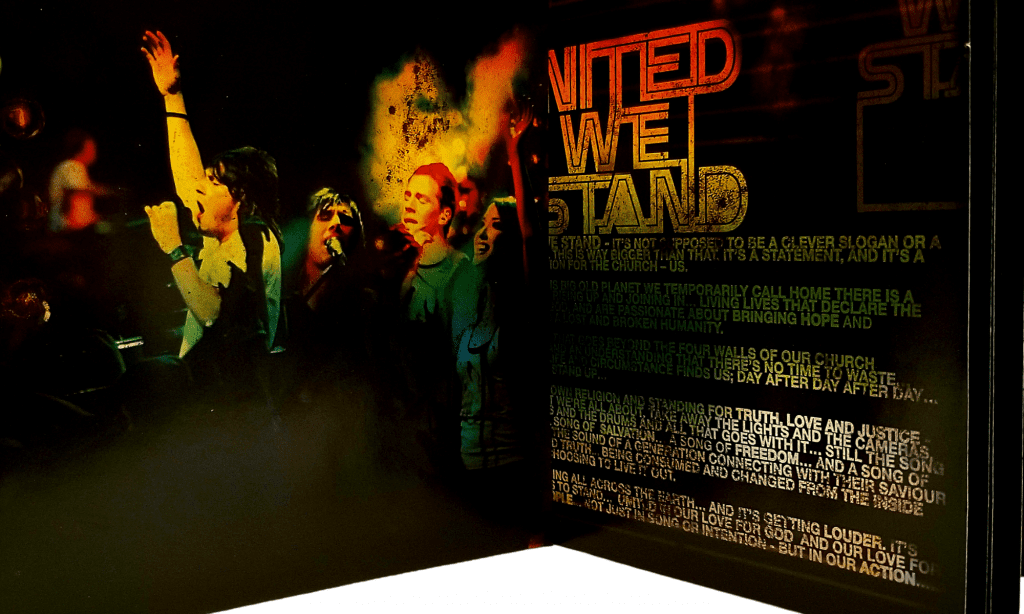 That sound consists of multiple guitars overlaying each other coupled with anthemic lyrics and refrains. Longer tracks with slow build ups and honest lyrics also characterize the sound.

It was and still is an excellent blend. Overall the album is something akin to a collection of emotional stadium rock numbers mixed with a slash of youth and college culture.

For a teenager in 2006, the music and album were just pain “cool.” What was even better was that despite the cool feel, the songs and singers still kept their lyrics fully reverent to Christ.

While I personally like hymns at church, I love worship concerts as stand alone events, and United We Stand was a production for the ages. 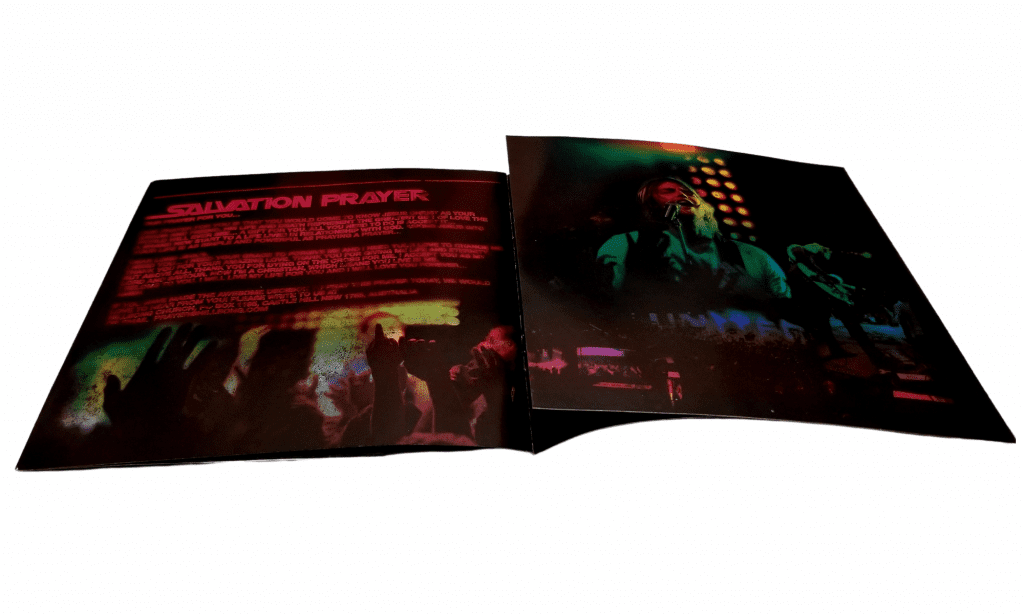 The album was and is important to CCM history because it gave teens an outlet for their energy and a platform by which they could unabashedly proclaim Christ through their own words.

While I wouldn’t necessarily label United We Stand as alternative, it errs more towards that end of the music genre spectrum.

I like that because it lets passion and creativity overcome the strictures of musical safety. As such, every time I listen to this album I feel more confident as a Christian.

Its filled with roaring anthems (Take It All and From God Above) and long crescendos flesh out many of the albums emotionally epic tracks (Fire Fall Down for example).

Most of the tracks start slow with repetitive and overlaid guitar riffs while the lyrical refrains mount higher and higher towards cataclysmic heights of vocal energy.

Now, I will admit, for some listeners the album will come off a bit heavy. This is big sounding music and it can wear out some ears.

Also, it will most likely hold a more special place in the hearts of those who were teens or in college at the time of its initial release. 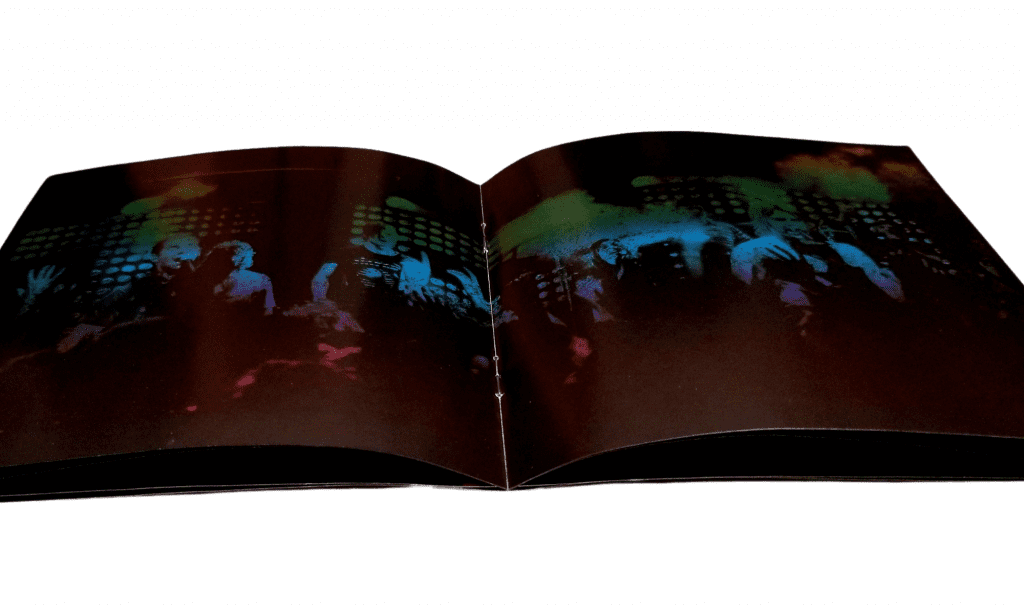 Each song has its own unique battle cry. For example on From the Inside Out the cry of the heart is to bring God praise.

In Came to the Rescue singers want to be where He is and have their lives and love lifted high.

Fire Fall Down is a roaring 11 minute number. It tells us that we know that he’s alive because he came to fix our broken lives.

Each song is an honest cry to God in praise and worship.

The album is also notable for The Stand which become a classic worship anthem.

Its slow build up, powerful message of encouragement and roaring crowd epitomize the epic grandeur of the album.

Its message is as catchy as they come and it evokes pride for our savoir. Those who heard it then are still standing, with arms high and heart abandoned, in awe of the One who gave it all. 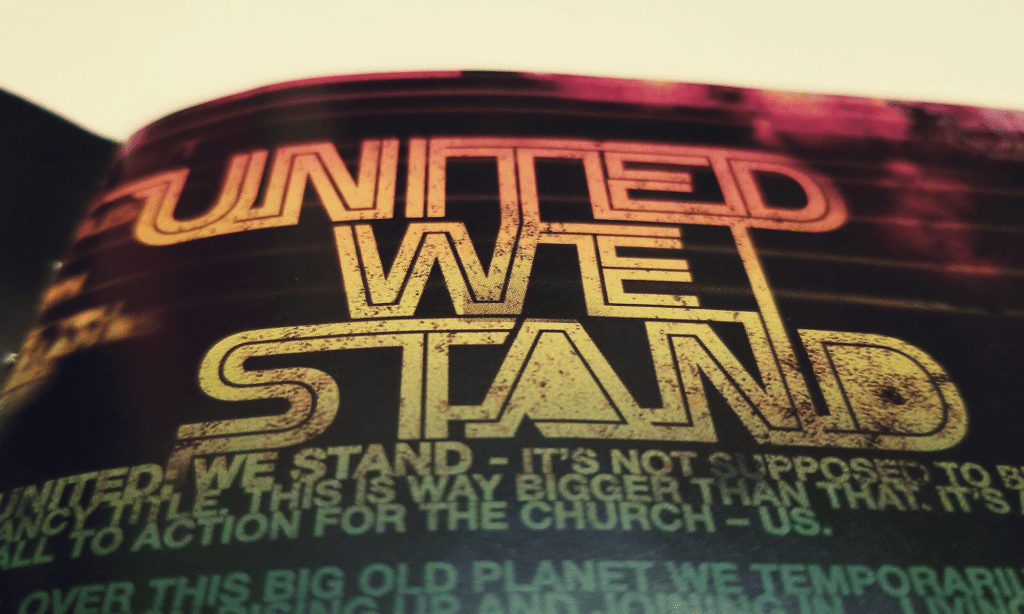 At the end of the day, if you want a glimpse at the zenith of mid-2000s worship, United We Stand by Hillsong United deserves your attention.

Its one of my favorite CCM albums of all time. Highest recommendation.

Why Do Some Christians Clasp Their Hands When They Pray?
Walking with Abraham Part 2: God’s Details Are Enough
Abounding Grace
Salvation Guaranteed Part I - In God’s Hands