Review: Turned On To Christ by the Sammy Hall Singers

Turned On To Christ is a wonderful southern gospel album by the famous Sammy Hall Singers. It was released by Skylite on its Christian Folk label (FCS 1970) and produced by Joel Gentry. You can listen to the full album online here.

We couldn’t get enough of its cover. The pink really pops and is a rare color for a gospel album. Also, the photo of the band looking down proudly displaying its three guitars exudes confidence and a real sense of “cool.”

The photo is framed by two sets of fonts as well. They feature the band and album names respectively, adding a nice graphical touch.

Simply put, its one of the best southern gospel album covers we’ve come across in recent memory.

Originally released in 1970, this was one of the Sammy Hall Singers’ earliest albums. It’s solid all around, though its more non-traditional tracks stand out the most. 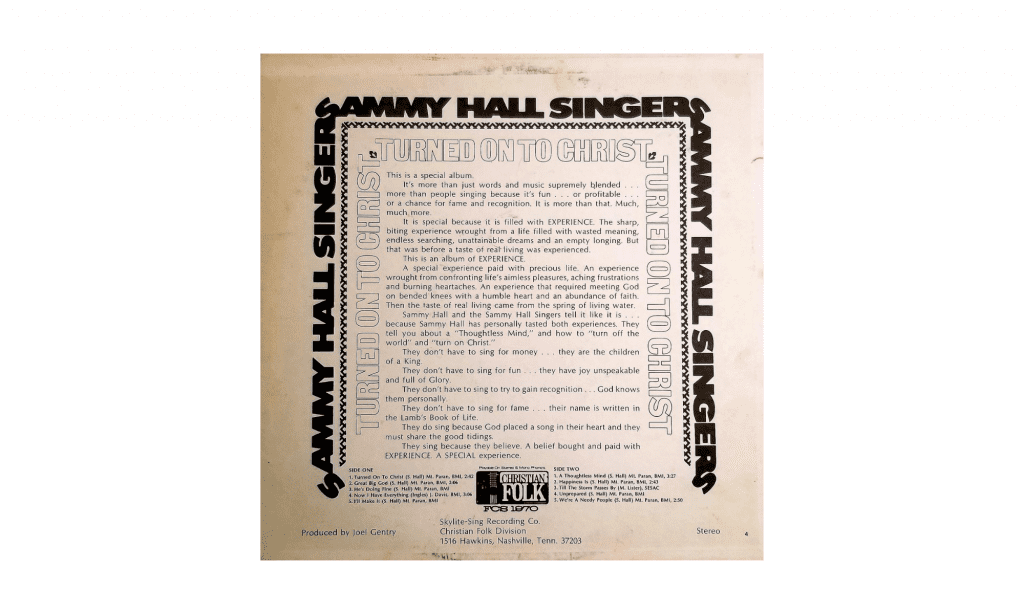 These employ folk sensibilities and have interesting rhythms and time signatures (for example songs like Turned On To Christ, I’ll Make It, and Happiness Is).

However, as with many southern gospel artists, the groups soaring vocals shine as well.

Overall, the album leaves listeners with a solid impression that these singers have their full sufficiency in Christ alone. For, as the album also teaches, we really don’t need anything else more than Him.

When you listen to this album, you’ll come to the same glorious conclusion. Recommended.

The intro track is wonderful. From its opening we were instantly drawn in.

It features some great melodies and rhythm that are something akin to the Mamas and the Papas or even The Byrds. Its even a little hypnotic at times which is really neat to hear.

Overall, it clearly evokes a 1960s sound despite being released in the following decade.

Soaring anthems complement its deeply honest and Biblical lyrics. In the end, it’s a great ballad that teaches listeners that no way is more satisfying than Jesus.

“He’s a great big God looking after little ole me.”

This song centers around God’s greatness and how He is bigger than anything that might come our way.

The lyrics talk about how God’s greatness takes care of us and they also point out how God is interested in us.

Its a reminder of God’s constant vigil over our lives. Be sure to listen for some nice Hammond organ echoes.

This track takes on a country western turn. Female vocals lead this apologetic of a song as its central message is that God is not dead, in fact he’s actually doing just fine. But how can we know this?

Because we talk with Him and He is a presence in our life. As one of its main refrains states: “God’s alive and doing fine, and there’s nothing that the world can say that will change my mind.”

In light of this fact, the lyrics mention how we need to tell the world that God is alive.

Ultimately, this song is very much a song of praise that glorifies God. Listen carefully for some nice piano work. 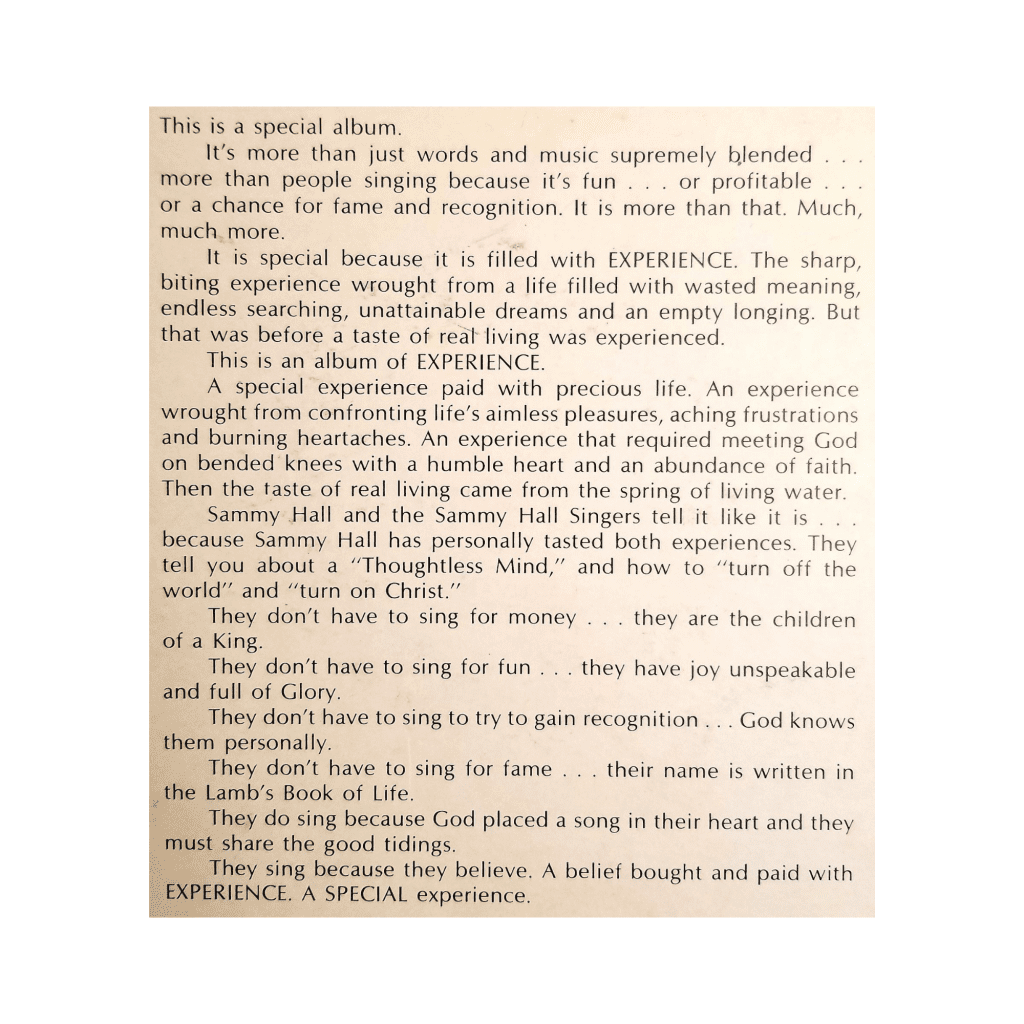 The country western theme continues in this slow ballad.

Its a song of testimony that contrasts the singers former life, which was filled with loss, with his new life in Christ. Namely, his empty life was replaced with everything through Jesus.

Jesus brings us happiness, saves us and gives us eternal life. Now that’s the very definition of everything!

But the song doesn’t stop there. It highlights that after we are saved, He continues to give us and we continue to have, everything.

Listeners will learn from this song to never lose sight of that.

This song features some really neat melodies that include overlapping organs and some gold ole’ fashioned picking and grinning.

The song’s message is that even though the world scares us and is hard on us, we will make it through. One of our favorites on the album.

This is a slower paced and convicting song about God’s grieving and sadness over our careless actions.

The song emphasizes that God weeps over us when we do not accept Him because of the high price His Son paid on the cross for our sins.

There are some pretty rousing drum segments in the song that reminded us of The Beatles’ A Day in the Life. Listen for them, they are short but no less bombastic.

“Father forgive them, for they know not what they do, was the prayer that my savior prayed for me and you.”

The track really hits home and makes listeners reflect on their actions.

This song has an awesome reverb and beat that owes to its faster tempo.

There’s almost a hint of surf rock to it. Listen for some excellent female vocals.

The track outlines different aspects of the Christian life that bring happiness to believers.

For instance, walking with God each day, kneeling to pray, daily feasting on His word, and eternal life.

“Heaven is a word I can’t define; happiness is knowing that its mine.” A great song overall. 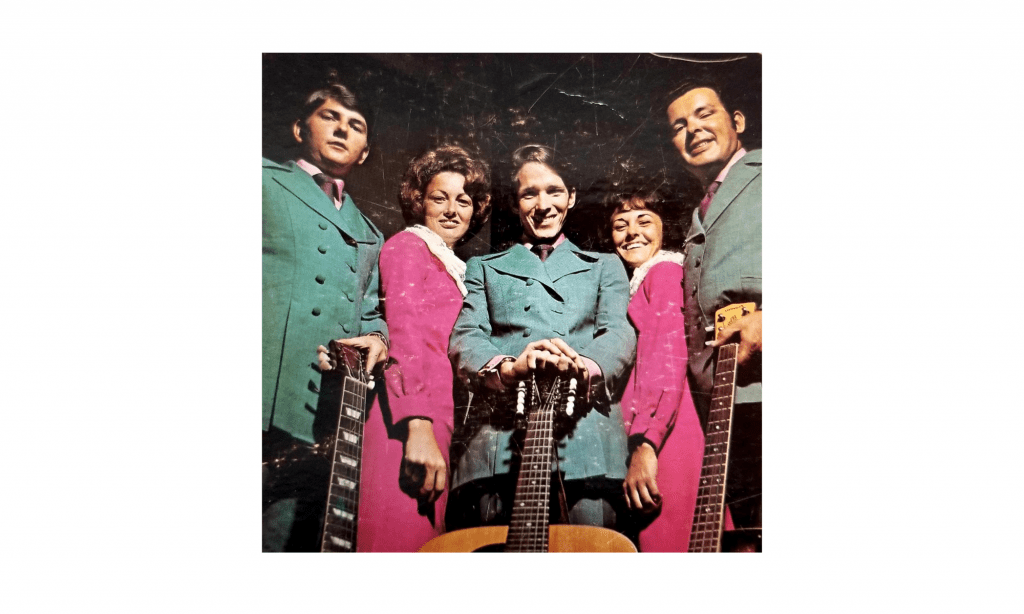 This slower song is a more traditional piano and vocal ballad.

The entire band sings throughout. The song is a plea to God to keep us safe and to dwell with us as various storms pass us by.

It’s a song all believers can relate to as its lyrics mention about how God holds us fast and how we are to stand in the hollow of His hand.

Listen for some epic vocals at the end when the group sings in unison. It’s a moving and rousing finale.

This slow, long piano ballad is the strongest song of the album. Listen for some excellent female vocals.

It tells about how careless souls need to hear God’s earnest pleading. Another major theme is that we must be prepared to die.

The song reaches an emotionally powerful apex when the band sings in unison: “Careless soul oh heed the warning, for your life will soon be gone. Oh, how sad to face the judgement, unprepared to meet thy God.”

The raw intensity of its lyrics is a showcase of Southern Gospel’s commitment to unvarnished and realistic songwriting. Its a far cry from most modern Christian music that’s for sure.

By the way be sure to listen for some excellent piano work on this one.

Overall, the most moving song on the album. Its a heartfelt call to accept Jesus and we loved it!

The album rounds out with this slow country ballad.

The song teaches that even though America has been the recipient of many blessings, those who live without Him are still deeply in need of a savior.

Listen for how the song articulates that though we bring this on ourselves many times God still protects us from dangers unseen.

In the end, we need Him, plain and simple.

On How the Christian Virtue of Faith Informs a Romance
Podcast S1, Ep9 – Truth that Endures
Podcast S2, Ep 6 – A God Authored Testimony (Galatians 1:13-14)
Faithful and Just
This site uses cookies to analyze traffic, remember your preferences, and optimize your experience.Ok