David was resealed in 1976 by WORD Record’s Myrrh imprint (MSA-6562). It was produced by Paul Baker.

It was David Meece’s first album and he recorded it at TM Productions in Dallas, Texas. You can listen to the full album online here.

David came out before Meece was a star of Christian music (he was only in his early 20s at the time).

Originally he had trained to be a classical pianist but after becoming a Christian he entered youth ministry and he eventually cut this great debut LP.

Whether in hindsight or not, when listened in its entirety, the album clearly identifies itself as a sign of great things to come for Meece.

This really was a showcase of his talents. His style throughout the album can be described as a cross between Neil Diamond and Billy Joel, and while most of the songs have a 70s vibe they still hold up surprisingly well.

This is because they all share some strong commonalities that were and are unique to Meece as a Christian artist.

David’s crystal clear voice, his ability to jump around an impressive vocal range with ease, and his ethereal piano skills infuse each song with passion and quality. 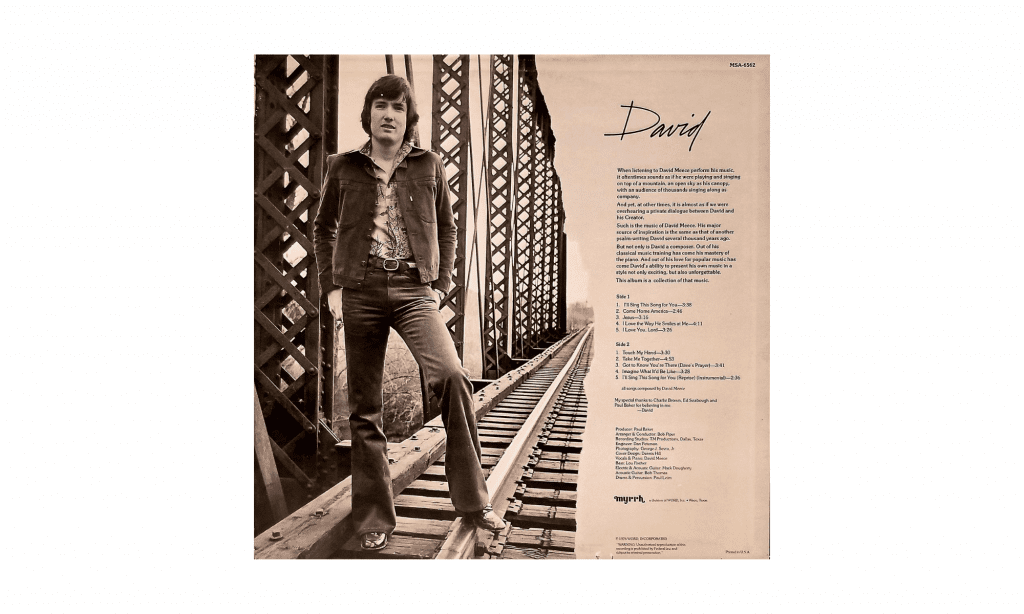 The tracks are also consistently well written across the album. Coupled with everything else, the songwriting just serves to further justify Meece’s strong musical footing.

Overall, the album is mostly slower in tone, yet most of the songs have strong refrains and moving lyrics, and some are supplemented with a brass section and chorus.

Meece’s passion shows in each piece. Because his feelings for each song come through so genuinely listeners easily feel along with him making for a nice listening experience.

There are some nice evangelistic touches to some of the songs too.

Overall this was a very strong debut performance by one who would eventually take the CCM world by storm.

Its an emotionally moving first take by a talented vocalist, pianist and songwriter. Recommended.

The opening track is a quiet and moving ballad about David wanting to sing a song for someone he cares about.

Meece pours out his heart in this ballad. It exemplifies his ability to sustain high notes and also demonstrates his skills in moving throughout the vocal scale with ease.

Overall, it’s a gentle and relaxing tune and is one that’s incredibly moving.

Meece picks up the pace with this track.

America’s bi-centennial is the backdrop for this heartfelt yarn in which Mecee urges the country to forsake materialism and to start over by coming home to God.

It’s a good song that’s a call for repentance. It shows an uncompromising desire to take a stand for God. 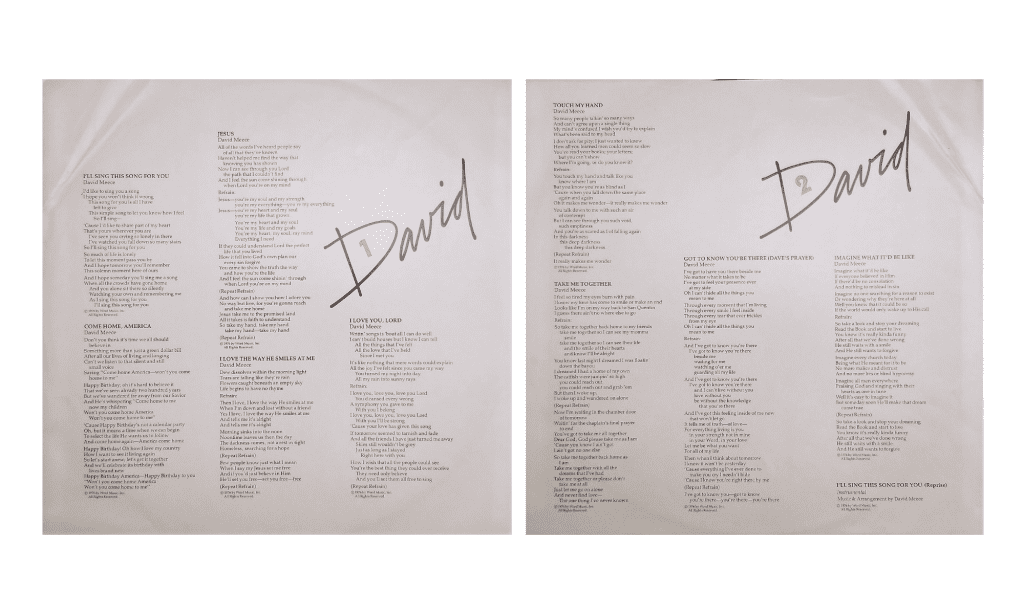 This is a faster paced ballad that gives praise to Jesus. You can hear a sound similar to that of Neil Diamond in this one.

Accompanying Meece in this track is a nice horn and brass section and chorus. These make for a rousing refrain.

It’s an almost anthemic piece with no shortage of toe-tapping energy. By the way if you listen closely you can hear some 70s disco/R&B motifs.

Overall this is a stirring and enjoyable number that will undoubtedly puts listeners in a good mood.

This slower song of comfort, with flute in tow, talks about how Jesus is always our source of strength, especially when we’re alone, down and in trouble.

He is always smiling at us and telling us that it’s alright.

The song has an epic refrain in the middle that sort of comes out of nowhere, but its a welcomed refrain nonetheless complete with a chorus.

In fact, the energetic refrain makes the song really stand out, almost turning it into a semi-power ballad of sorts in the process.

After the inspiring refrain it then effortlessly drifts back to its slower message of encouragement.

This was one of our favorites on the album.

This track has a nice evangelistic tone to it. Meece clearly desires for others to experience a fulfilling life in Christ.

Just a few of the many blessings from God that Meece highlights are belonging, a symphony, the sun, love, strength and forgiveness.

Ultimately, he states that God also gave him this song.

We’re nothing without God. It’s a great theme and one all Christians can relate to. Listen closely for some great rhymes. 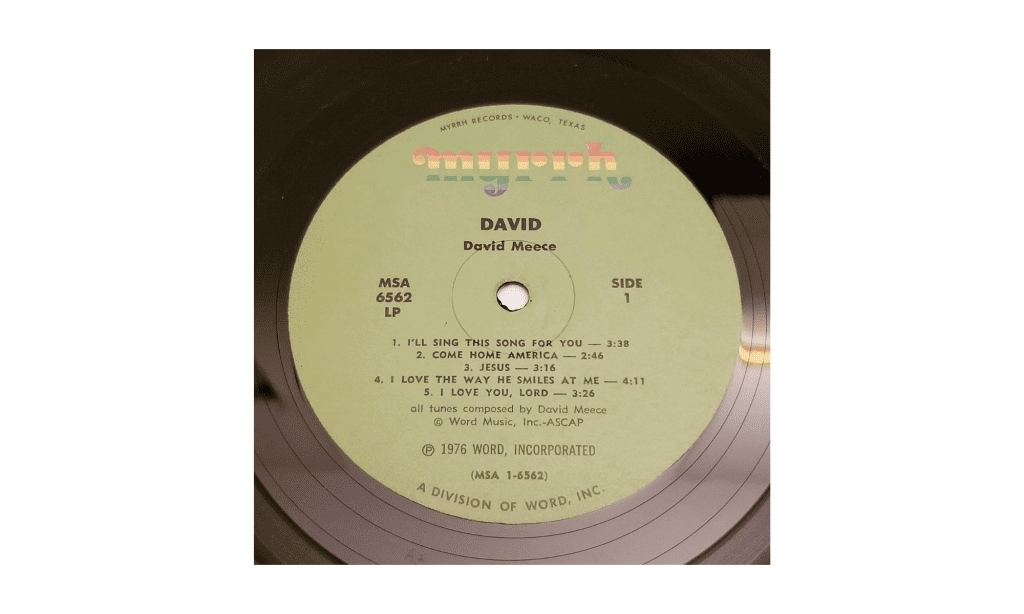 A somewhat eerie yet calm atmosphere permeates this track.

It’s a complex song that talks about disagreements and how when God is not in the picture no one really knows more than anyone else.

This was one of our favorites on the album for its honest and forthright message. In the end we’re all a mess and we need to realize that.

While that’s tough to swallow its necessary in order to accept Jesus.

The chorus is back in this slower and longer song.

It’s a solemn ballad about wandering and desiring to return home to family and friends after mistakes have been made.

There are some nice traces of traditional gospel influences in the track, and its message about getting back on your feet is powerful.

Meece mentions how God has to take him “together” because he has no one else. Only God can help him return home.

Again, Meece’s songwriting ability shines throughout what is arguably the most serious track of the entire album.

In this slower piece, Meece talks about his need for God’s presence. He also mentions that despite all that life throws at him God means everything to him.

The song builds up with the help of a brass section, leading into a nice middle refrain about how David can’t be anything without God.

We can only be what God wants us to be through His strength. It’s a song with a lot of heartfelt vulnerability and honest lyrics about how God has to sustain us.

We have to know He’s there. That fact must be important to us because we can’t live or love without Him.

For its strong message it’s our favorite track of the album. The orchestra really shines in this one by the way. 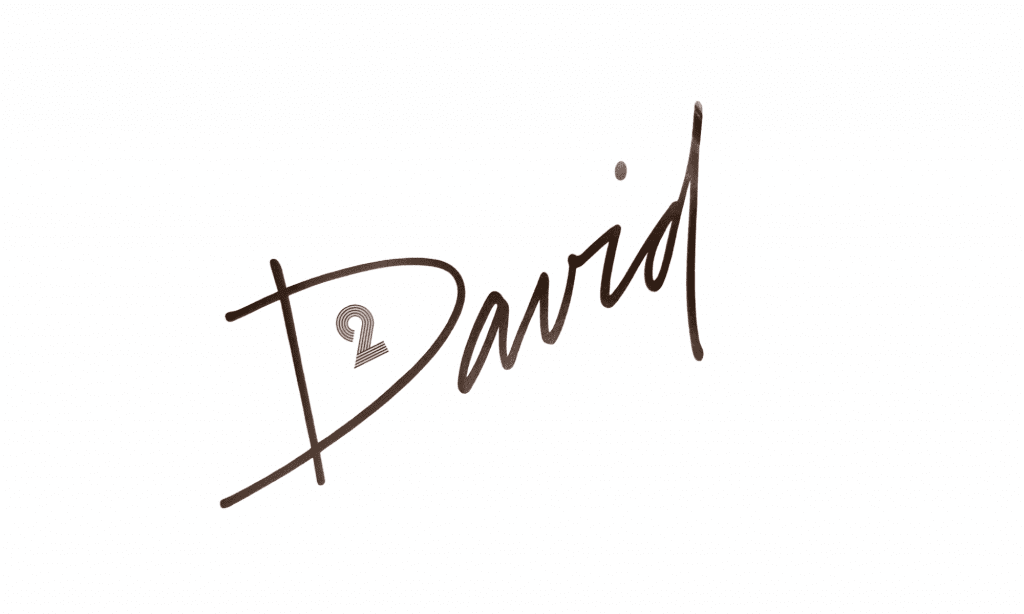 This is a take on John Lenonn’s famous, if not incredibly humanistic, song Imagine.

However, Meece takes it in the opposite direction of Lennon and has listeners imagine what it would be like if everyone believed in Jesus.

Christian songs whose premise is to take a secular song and make it Christian aren’t often that great, however that’s not the case with Imagine What It’d Be Like at all. Make no mistake, this is a great song.

It has some nice evangelistic touches and admonitions to it as well, and Meece mentions how God’s still waiting for us even with all we’ve done wrong. It’s a true testament to God’s long-suffering and merciful nature.

The song is at is at its most powerful when it asks listeners to imagine what the church would be like if it were really what God wanted it to be.

Overall, it’s a song with a strong message hidden in soft words and tact.

The ending is excellent, as Meece highlights how we ultimately don’t have to imagine any of this because we know it will become a reality someday when Jesus returns.

It’s just a very well-written track. Also, if you listen close, you might just hear a synthesizer.

The album concludes with an instrumental version of the title track.

Its haunting and moving. In it, Meece’s piano virtuosity shows up in spades.

Just like its title track counterpart, this is a really nice piece. It’s the kind of song that could fit in anywhere. 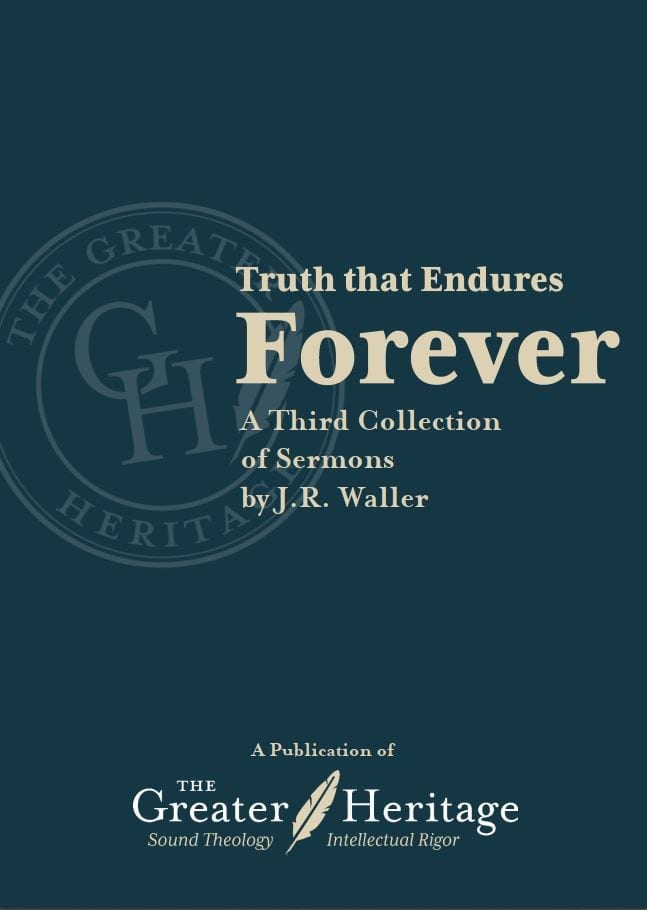 Sign up for a free e-bookTruth that Endures Forever is a collection of devotionals and Bible Studies that comforts and uplifts readers with God’s precious truths. 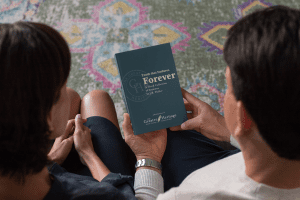