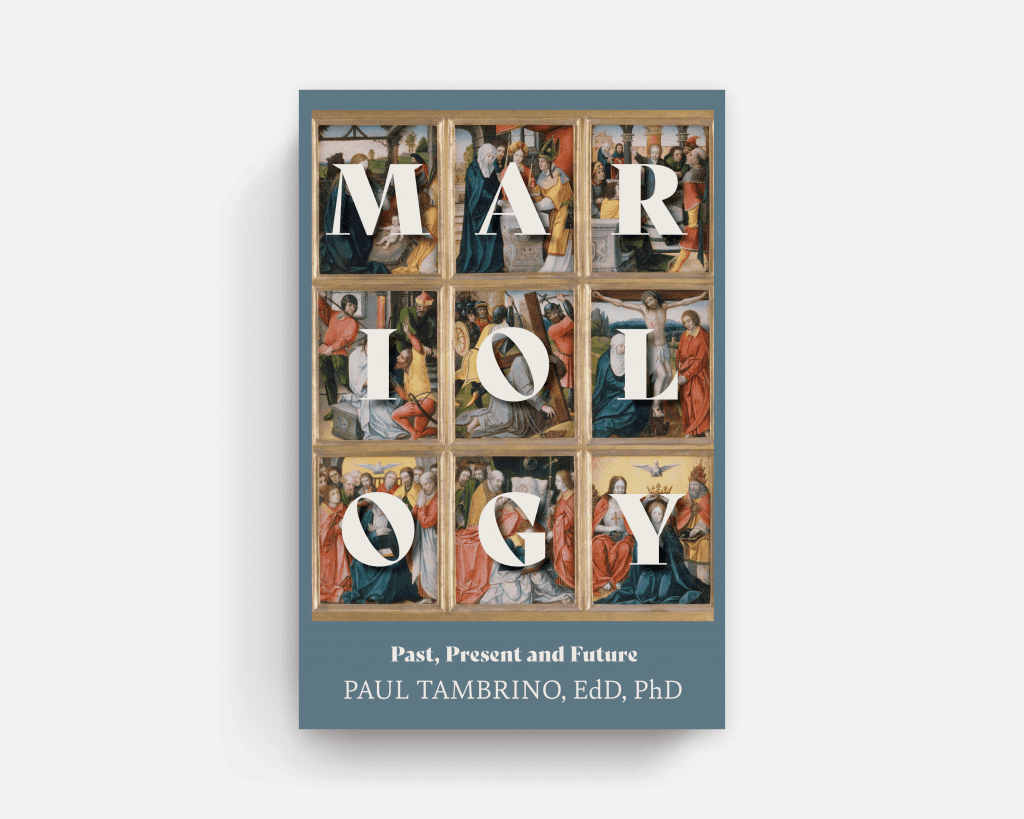 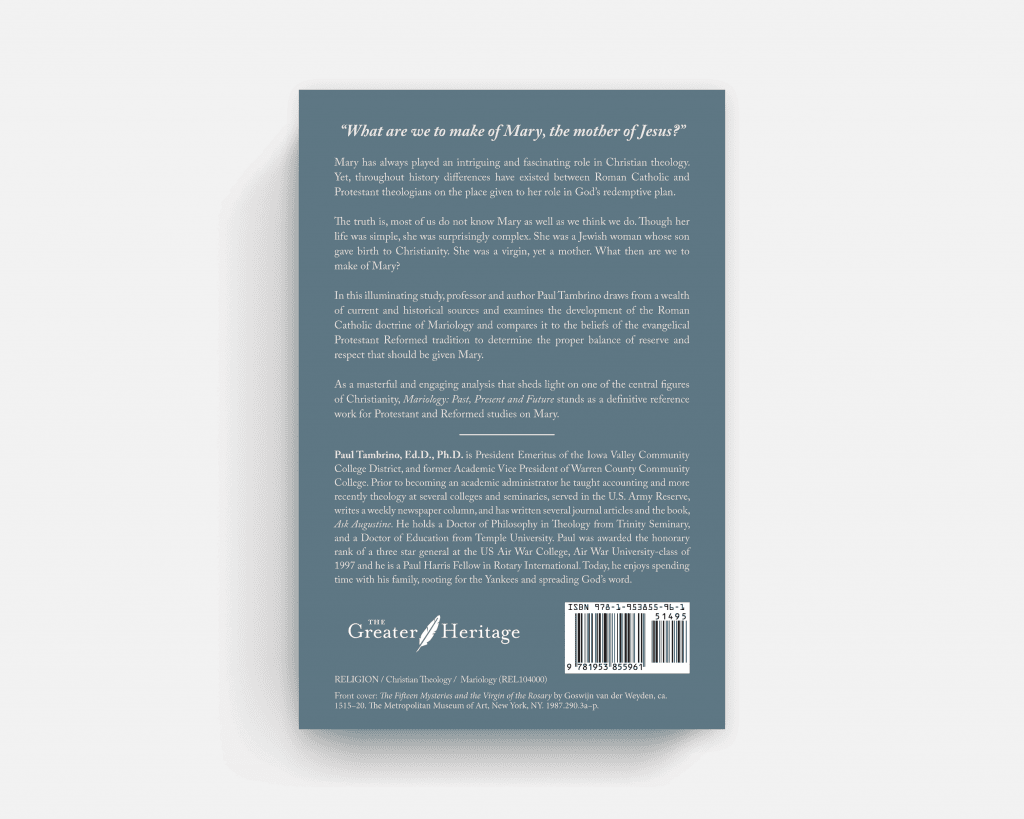 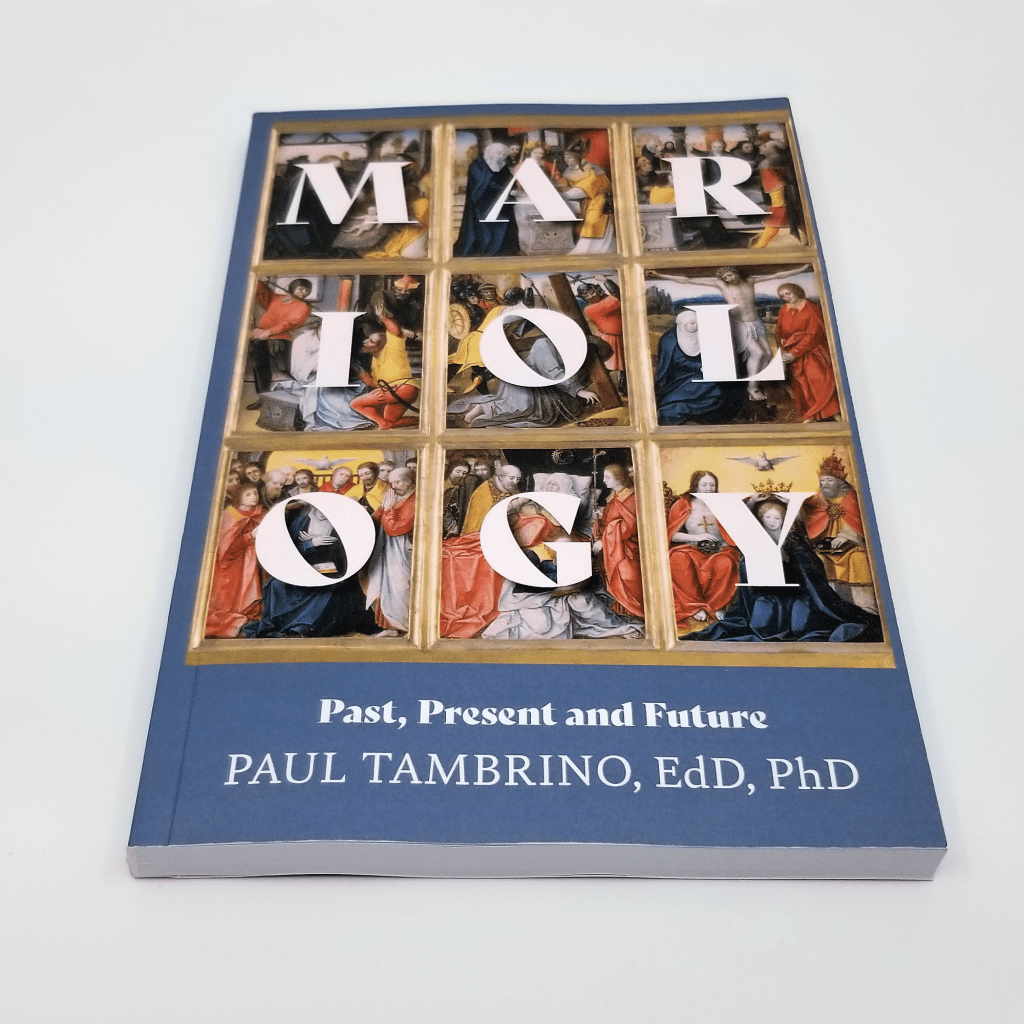 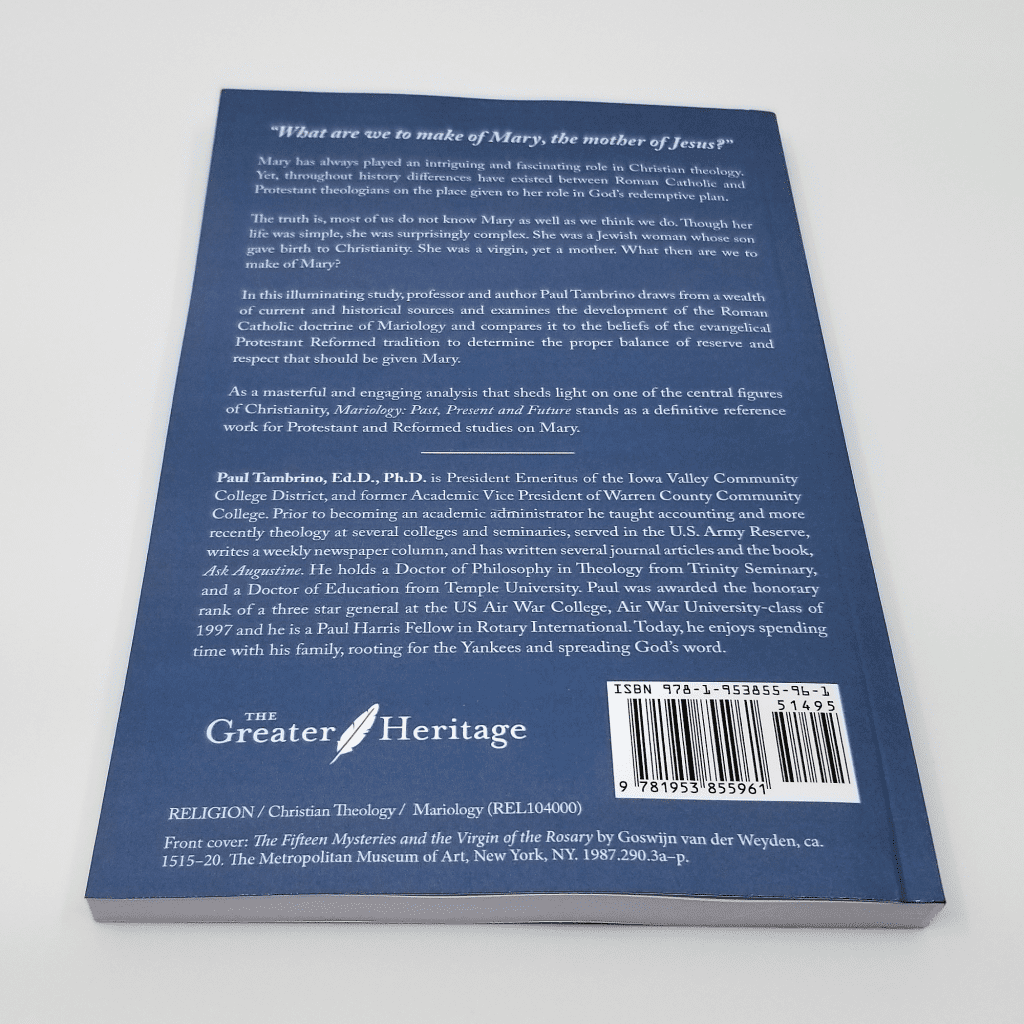 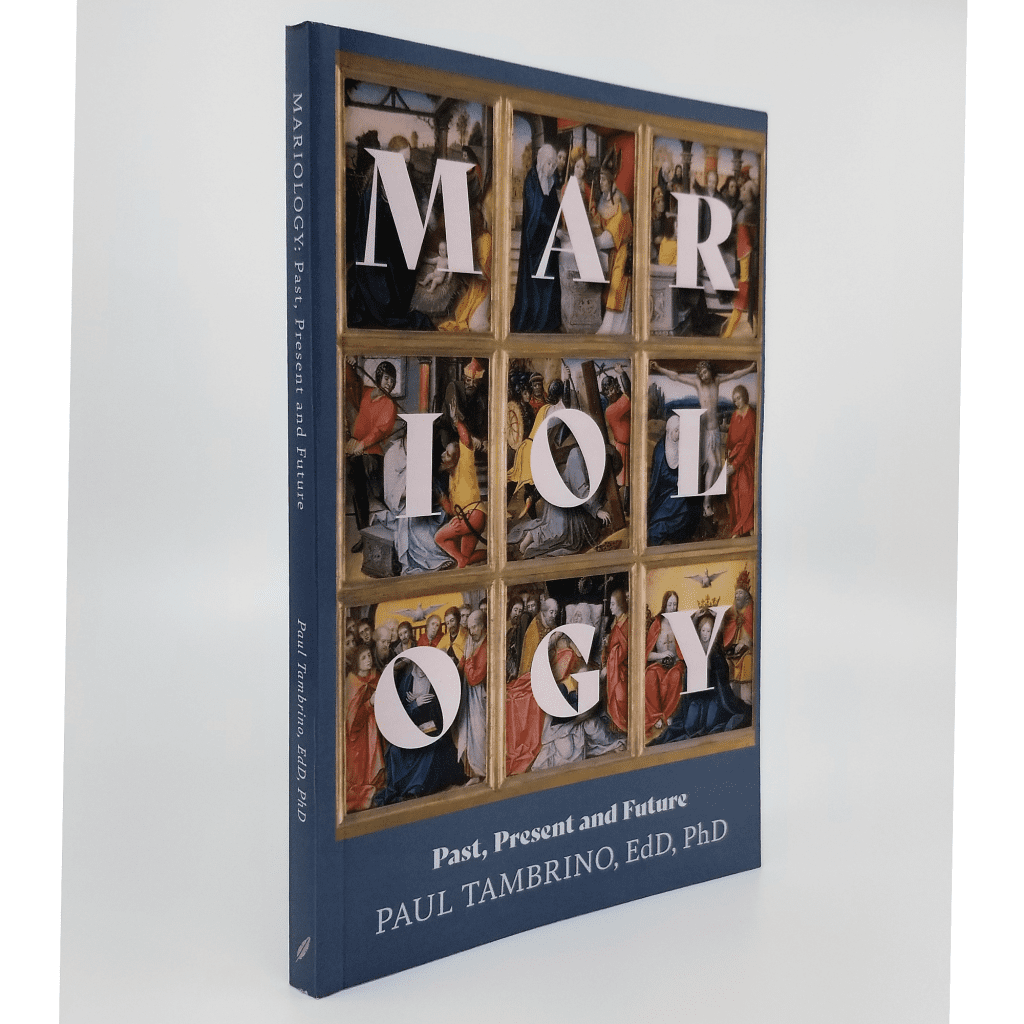 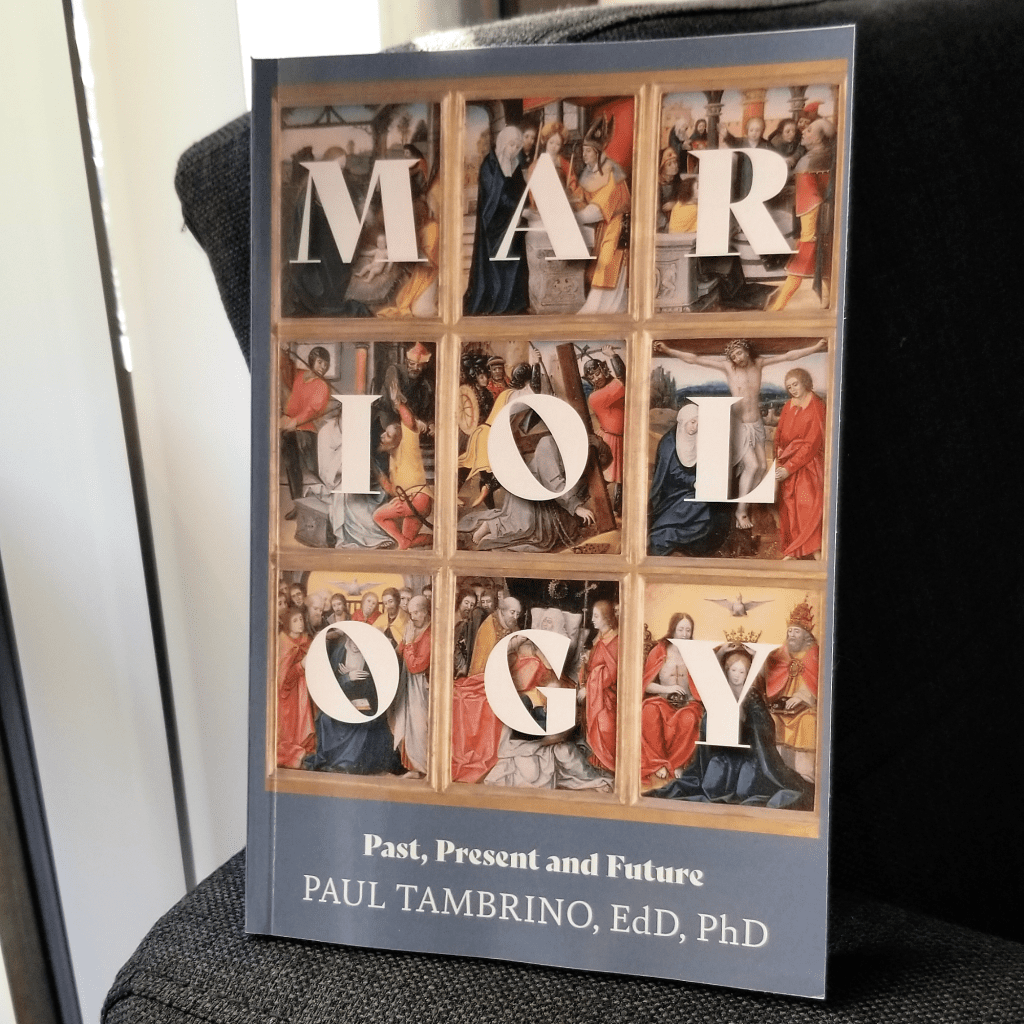 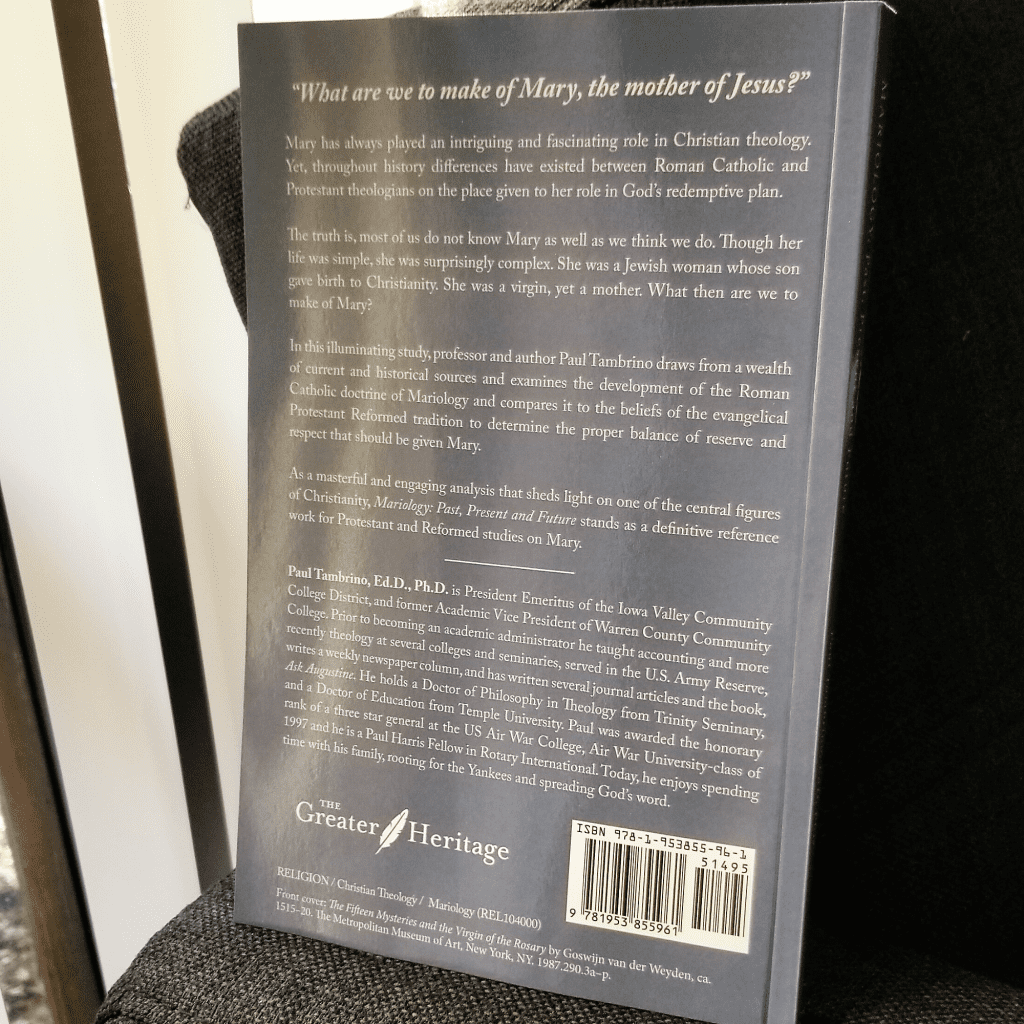 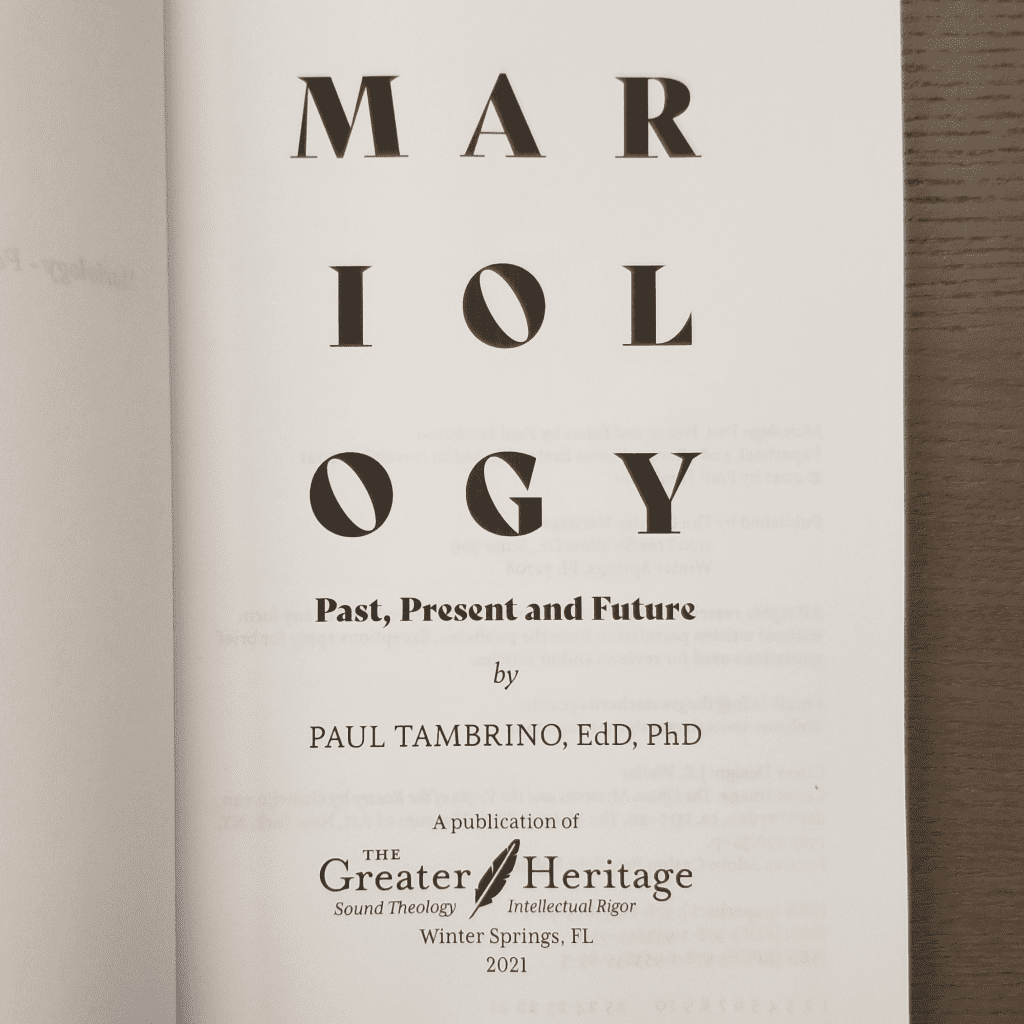 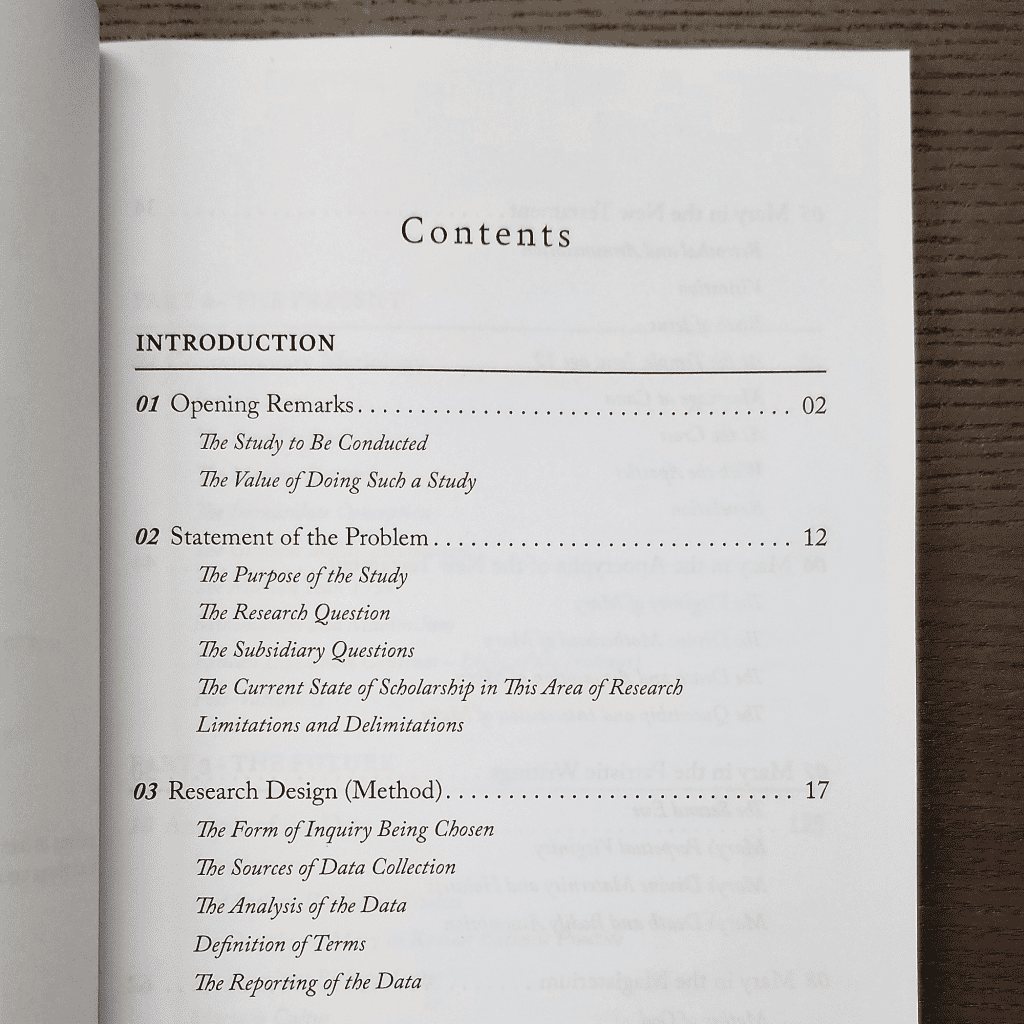 Mariology: Past, Present and Future by Paul Tambrino, EdD, PhD

Per the author’s request, a portion of all sales of this title will be donated to Child Evangelism Fellowship.

A definitive reference work for Protestant and Reformed studies on Mary.

What are we to make of Mary, the mother of Jesus?

Mary has always played an intriguing and fascinating role in Christian theology. Yet, throughout history differences have existed between Roman Catholic and Protestant theologians on the place given to her role in God’s redemptive plan.

The truth is, most of us do not know Mary as well as we think we do. Though her life was simple, she was surprisingly complex. She was a Jewish woman whose son gave birth to Christianity. She was a virgin, yet a mother. What then are we to make of Mary?

In this illuminating study, professor and author Paul Tambrino draws from a wealth of current and historical sources and examines the development of the Roman Catholic doctrine of Mariology and compares it to the beliefs of the evangelical Protestant Reformed tradition to determine the proper balance of reserve and respect that should be given Mary.

As a masterful and engaging analysis that sheds light on one of the central figures of Christianity, Mariology: Past, Present and Future stands as a definitive reference work for Protestant and Reformed studies on Mary.

Paul Tambrino, Ed.D., Ph.D. is President Emeritus of the Iowa Valley Community College District, and former Academic Vice President of Warren County Community College. Prior to becoming an academic administrator he taught accounting and more recently theology at several colleges and seminaries, served in the U.S. Army Reserve, writes a weekly newspaper column, and has written several journal articles and the books, Ask Augustine and Mariology: Past, Present and Future. He holds a Doctor of Philosophy in Theology from Trinity Seminary, and a Doctor of Education from Temple University. Paul was awarded the honorary rank of a three star general at the US Air War College, Air War University-class of 1997 and he is a Paul Harris Fellow in Rotary International. Today, he enjoys spending time with his family, rooting for the Yankees and spreading God’s word.

Contents
Introduction
1. Opening Remarks
2. Statement of the Problem
3. Research Design (Method)
Part 1 – The Past
4. Review of the Literature
5. Mary in the New Testament
6. Mary in the Apocrypha of the New Testament
7. Mary in the Patristic Writings
8. Mary in the Magisterium
Part 2 – The Present
9. Contemporary Mariology
Part 3 – The Future
10. Analysis of the Data
11. The Mariology of John Henry Cardinal Newman
12. Mary in Reformed Theology
Conclusion
13. Summary, Conclusions and Recommendations
Bibliography

Cover Design by J.R. Waller
Made entirely in the USA