View cart “The Woman’s Head Covering: A Biblical Perspective by Dr. George R. Sledd” has been added to your cart. 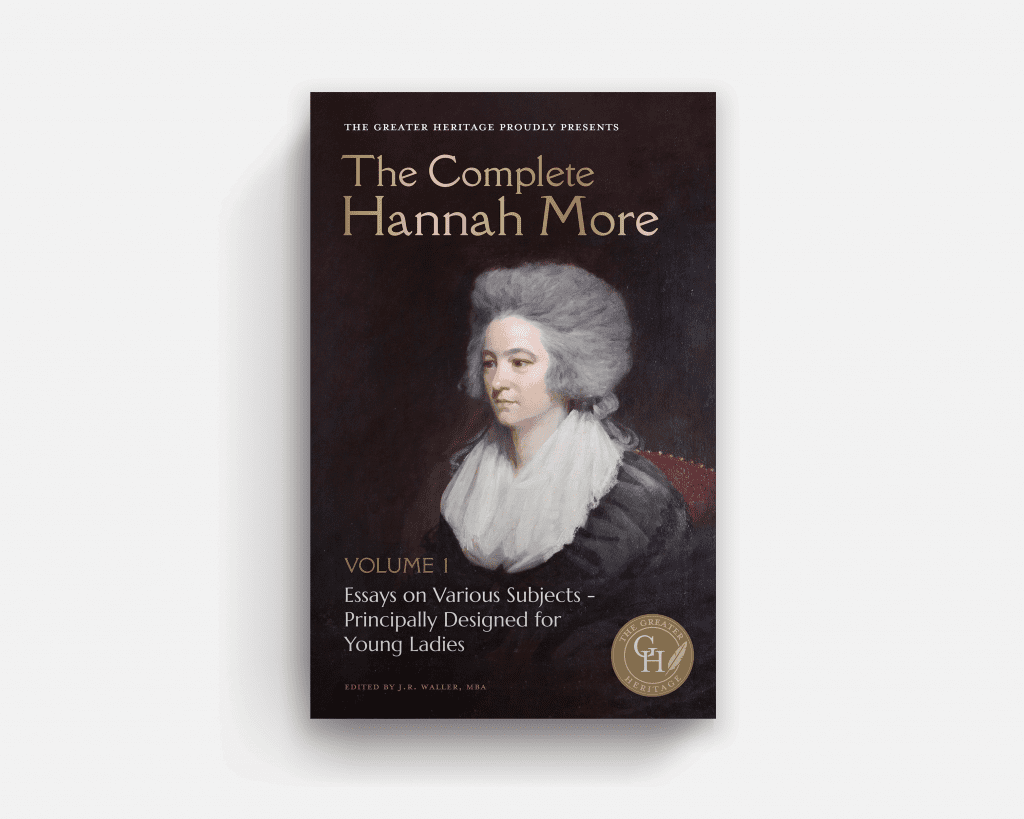 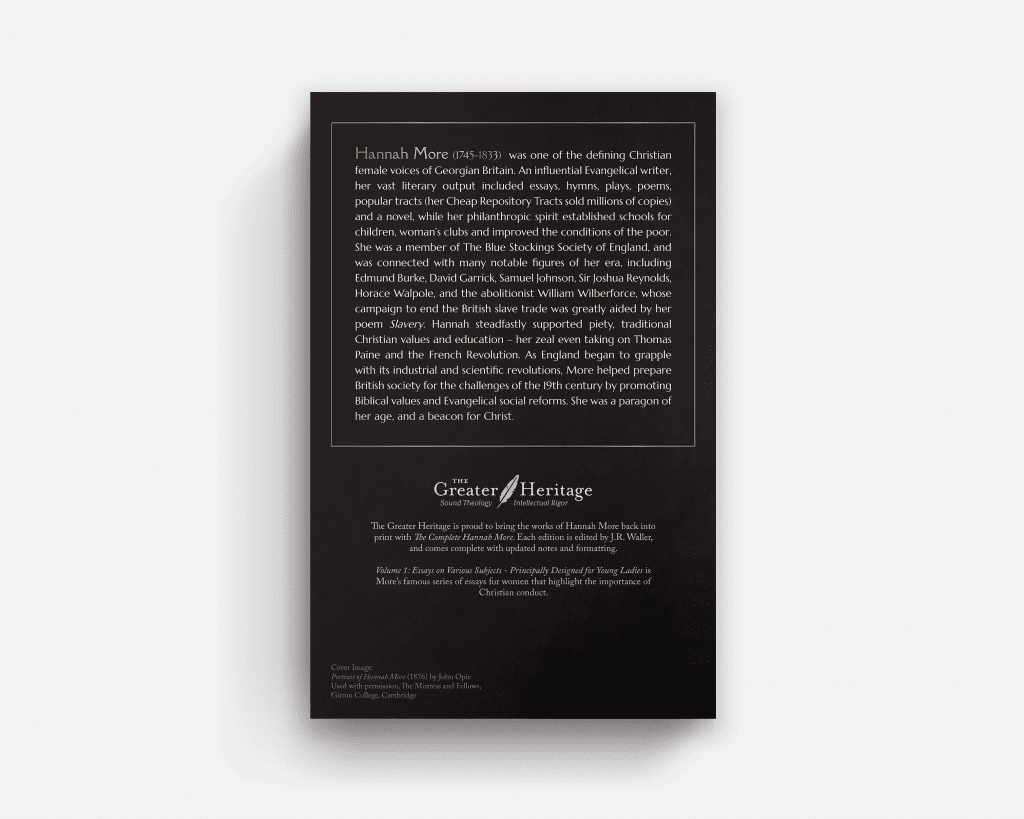 Buy from us below and take advantage of $2.99 flat rate shipping, or buy from other retailers here:
eBook Amazon | Barnes & Noble | Scribd | Rakuten | Indigo Books and Music

The Greater Heritage is proud to bring Hannah More’s works back into print with The Complete Hannah More. Each edition is edited by J.R. Waller, and comes complete with updated notes and formatting. This Hannah More book (Volume 1) is More’s famous series of essays for women that highlight the importance of Christian conduct.

Hannah More (1745-1833) was one of the defining Christian female voices of Georgian Britain. An influential Evangelical writer, her vast literary output includes essays, hymns, plays, poems, popular tracts (her Cheap Repository Tracts sold millions of copies) and a novel, while her philanthropic spirit established schools for children, woman’s clubs and improved the conditions of the poor.

She was a member of The Blue Stockings Society of England, and was connected with many notable figures of her era, including Edmund Burke, David Garrick, Samuel Johnson, Sir Joshua Reynolds, Horace Walpole, and the abolitionist William Wilberforce, whose campaign to end the British slave trade was greatly aided by her poem Slavery.

Hannah steadfastly supported piety, traditional Christian values and education – her zeal even taking on Thomas Paine and the French Revolution.

As England began to grapple with its industrial and scientific revolutions, More helped prepare British society for the challenges of the 19th century by promoting Biblical values and Evangelical social reforms. She was a paragon of her age, and a beacon for Christ.

Contents
Introduction
Letter to Mrs. Montagu
1. On Dissipation
2. Thoughts on Conversation
3. On Envy
4. On the Danger of Sentimental or Romantic Connections
5. On True and False Meekness
6. Thoughts on The Cultivation of the Heart and Temper in the Education of Daughters
7. On the Importance of Religion to the Female Character
8. Miscellaneous Observations on Genius, Taste, Good Sense, etc.