The Ball And The Cross 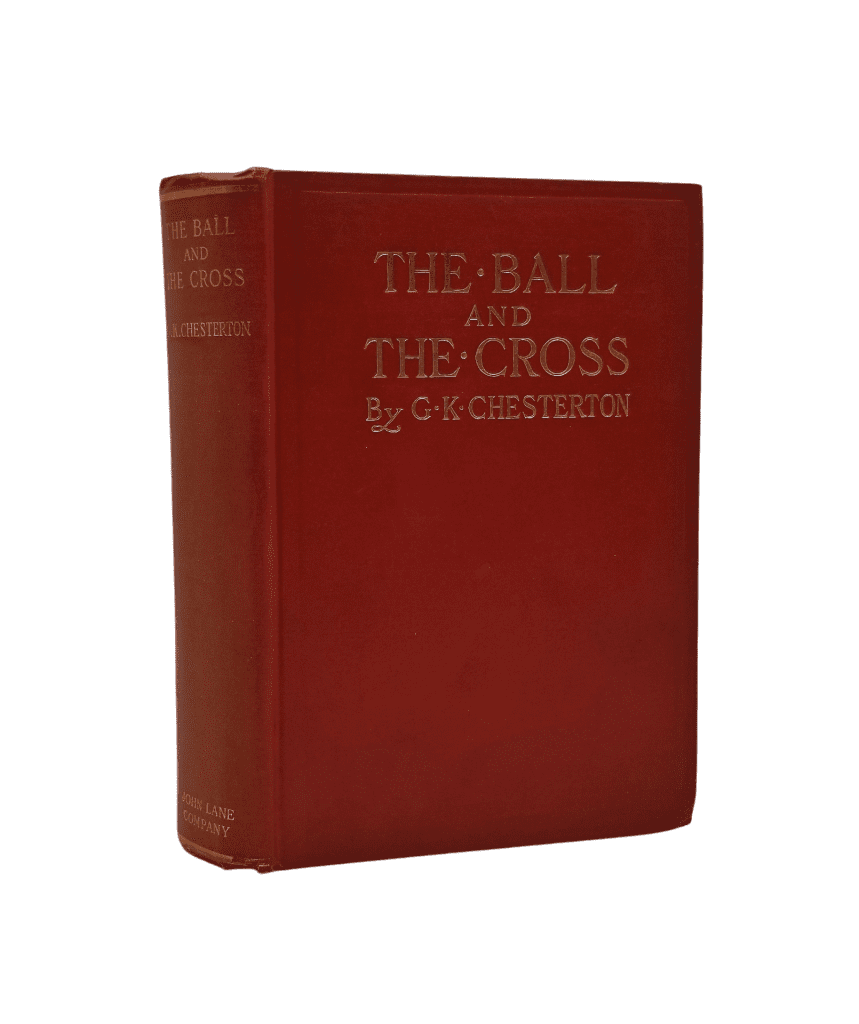 The Ball And The Cross

Chesterton’s landmark novel chronicled ideological debates between various protagonists throughout its story. The title derives from a debate in the book in which one the characters sees a cross sitting atop a ball at the top of a cathedral. The ball represents rationalism and the cross Christianity. Chesterton notes that rationalism cannot be placed above Christianity for just like a ball atop a cross it will fall off because God balances the world, not man.

I. A DISCUSSION SOMEWHAT IN THE AIR

II. THE RELIGION OF THE STIPENDIARY MAGISTRATE

IV. A DISCUSSION AT DAWN

VI. THE OTHER PHILOSOPHER

VII. THE VILLAGE OF GRASSLEY-IN-THE-HOLE

VIII. AN INTERLUDE OF ARGUMENT

XI. A SCANDAL IN THE VILLAGE

XIII. THE GARDEN OF PEACE

XIV. A MUSEUM OF SOULS

XV. THE DREAM OF MACIAN

XVI. THE DREAM OF TURNBULL

XVIII. A RIDDLE OF FACES