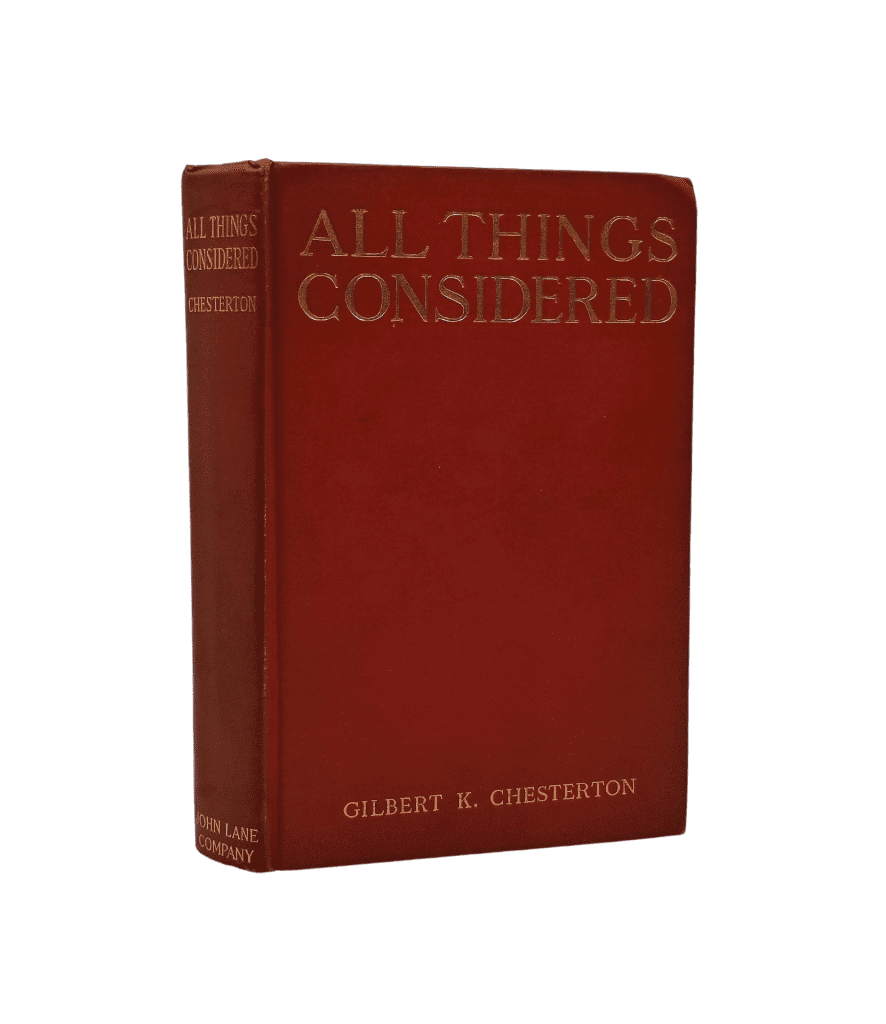 All Things Considered contained the first collection of essays Chesterton wrote for the Illustrated London News to be published in book form. In this work Chesterton considered “all things” and wrote about topics ranging from “On Running After One’s Hat” to “Christmas” to “The Zola Controversy” to “The Fallacy of Success” and others.

“A great classic means a man whom one can praise without having read.” -G.K. Chesterton, All Things Considered