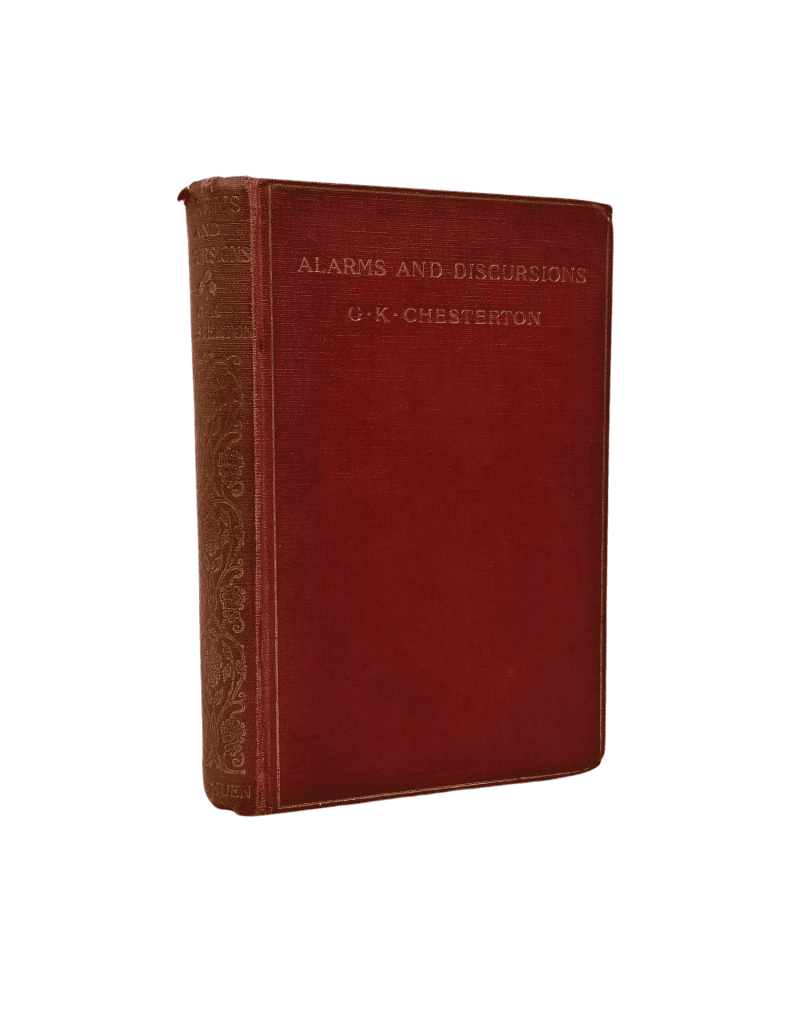 A varied collection of essays from Chesterton’s writing for the London Daily News. Some of the more interesting essays cover topics such as cheese, gargoyles, dukes and more.

Introductory: On Gargoyles
The Surrender of a Cockney
The Nightmare
The Telegraph Poles
A Drama of Dolls
The Man and His Newspaper
The Appetite of Earth
Simmons and the Social Tie
Cheese
The Red Town
The Furrows
The Philosophy of Sight-seeing
A Criminal Head
The Wrath of the Roses
The Gold of Glastonbury
The Futurists
Dukes
The Glory of Grey
The Anarchist
How I found the Superman
The New House
The Wings of Stone
The Three Kinds of Men
The Steward of the Chiltern Hundreds
The Field of Blood
The Strangeness of Luxury
The Triumph of the Donkey
The Wheel
Five Hundred and Fifty-five
Ethandune
The Flat Freak
The Garden of the Sea
The Sentimentalist
The White Horses
The Long Bow
The Modern Scrooge
The High Plains
The Chorus
A Romance of the Marshes