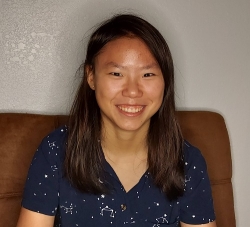 The Church and society often are at war with each other in the fight for control over women.

Some voices seem to convey that women are lesser than men, while others fight for women to be like men.

Some voices claim women are equal to men; while others want more than equality, they want equity or even to replace patriarchy with matriarchy.

Society pushes women to become their own goddesses in a world where they need no men.

Probably a good picture of this would be Wonder Woman who comes from Paradise Island which is comprised of strong, fierce women who run society totally by themselves with no men, except for procreation in which once completed the men are discarded.

Does this not sound like where our society is headed? In an attempt to combat this “utopia” the Church, at times, has headed in the opposite direction.

It tries to tie women down to ensure their female counterparts know their place. The old phrase “sit like a lady” and “be seen but not heard” might come to mind.

Though some churches have gone in this direction many have attempted to smooth it over with “men and women are equal but different.”

However, this phrase is by no means a quick fit to ensure women are put in their “place.”

Therefore, I would like to bring forth a new perspective of women, one that has been forgotten in the battle for the status, or lack thereof, that women possess.“The vital aspect of Christian womanhood is this…women are co-heirs with Christ just like men.”

Though I admit up front that I do believe in the “men and women are equal but different” phrase, I will argue that the Church has lost focus on one important aspect of womanhood that is crucial for society, for the Church, for the family, and for individual women themselves.

The vital aspect of Christian womanhood is this…women are co-heirs with Christ just like men. (Rom. 8:17, 1 Pet. 3:7)

There I said it…let me repeat it…women are co-heirs with Christ just like men.

Though I understand this phrase might not sound revolutionary, I believe if we women and the Church take time to understand what this truly means, it would be revolutionary.

First, we ought to take note that back in Biblical times women were considered second-class citizens.

At this time they had little say over their own life, either they were ruled by their father or by their husband.

This is one of the reasons why Paul commands husbands to love their wives.“Back in Biblical times women were considered second-class citizens.”

Yes, husbands in those times had authority over their wives, but what was revolutionary was the aspect of loving their wives.

Also, remember that the husbands’ love has been put to the standards of Jesus’ love to the Church.

Second, Jesus himself lifted the status of women, He allowed them to listen and learn.

An example would be Mary and Martha, in which Jesus told Martha her working at this time was not appropriate.

If you truly understand these times, it would have been the other way around, Mary just listening to Jesus would have not been appropriate for her.“Jesus himself lifted the status of women, He allowed them to listen and learn.”

Instead, she ought to be with Martha preparing the food.

However, Jesus told Martha to come and listen. In those days women were not allowed to have an education, but Jesus gave them one.

Third, women had opportunities to be part of vital eras of history.

Examples would be Eve, the first woman, Rahab, the prostitute who was the mother of Boaz, and Ruth, the great-grandmother of David.

Then there are the prophetesses Mariam and Deborah. Moving to the New Testament we have Mary Magdalen, who saw resurrected Jesus first, and Lydia who opened her home for worship.“Women have played such a great impact from the beginning of time.”

Then in the Mission age, we have women who were missionaries that protected women and children and brought the Good News where men dared not to tread.

Then of course we cannot nor should not forget the faithful women at home who raised strong influential Christian men such as the Wesley boys and Timothy from the Bible.

Women have played such a great impact from the beginning of time.

Though the place which they served was different the one thing they had in common was being faithful where they are and choosing to raise a generation to know God and His Word.

The Real and Higher Identity of Womanhood

Therefore, women are never secondary to men, for Galatians 3:28 speaks of everyone being the same in Christ.

Though this verse has been used to debate there is no gender difference, which is not true from the context, what it does speak of is being co-heirs with Christ.

Women, therefore, are raised to the status of sonship just like men.

When stopped for just a moment to really have it sink in, both men and women ought to be praising God.

Men ought to praise God rejoicing that their sisters in Christ are able to be right next to them to share in the grace of the inheritance.

Read carefully society, women do not need to be men to gain an inheritance, we can enjoy and rejoice in being made women and still receive the inheritance given to us by our heavenly Father.

This inheritance for the daughter of the King is above any earthly status women can attain in their lifetime.

Women no longer need to prove themselves, truthfully no one is enough, but God has given His grace to His people to be called Children of God.

This cannot be earned, it can only be received.

Therefore, I urge you, women, to stop throwing off the beauty that makes us women and instead rejoice in it and praise God that we receive “sonship.”

Is it not second best when we have to be men to receive status? However, through Christ we no longer need to be satisfied with second best, for we are not second-class citizens, no we are co-heirs with Christ just like our brothers.“Church, women are not second best to God. I urge you to remind women in the body that they are precious in God’s sight, that they no longer have to live by the world’s standards to attain status.”

Read carefully Church, women are not second best to God.

I urge you to remind women in the body that they are precious in God’s sight, that they no longer have to live by the world’s standards to attain status.

They already have the highest status that can be given which is being co-heirs with Christ if they are believers.

Church, remind women of this, that they do not have to be satisfied with mud pies as C.S. Lewis speaks of – where folks settle for mud pies instead of a castle by the sea.

Women, we have Christ, what more could we desire, for he fulfills all of it.

I truly believe when we, as women, take the time to truly embrace that we are co-heirs with Christ, that we are raised to “sonship,” this ought to change the way we view life.

We already have status through Christ, we are the daughters of the King, the King of Kings who raises His daughters to sonship.

Resolve to be Dissolved by Kathryn Tipton
When Trials Surprise You
Preaching and Studying All of God’s Word
If the Christian Era Begins with the Birth of Jesus, Why Doesn’t Our Calend...