On How the Christian Virtue of Faith Informs a Romance 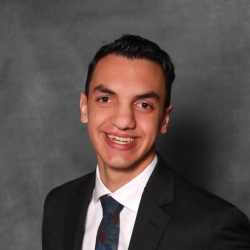 Christian Castro
Christian is a student at Patrick Henry College studying the liberal arts with an emphasis in philosophy. A native Texan, he tries to emanate some good ole' South to the people of Northern Virginia and thereby lift their spirits. In his free time, he enjoys studying theology and meeting with friends. You can follow him on Instagram at realchristiancastro.

On How the Christian Virtue of Faith Informs a Romance

Most people seek to find the perfect soulmate, but the truth is that no such soulmate exists because everyone brings some degree of baggage to any given relationship. Problems inevitably arise, and some romantics become disillusioned when they observe more keenly their partner’s flaws. At this juncture, romantics would do well to practice the Christian virtue of faith, for faith can allay the doubts and disappointments which invariably arise in any given romantic relationship.

Hereby, faith must be defined. In conventional terms, faith is regarded as an irrational trust in supernatural phenomena. However, this definition suffers undue materialistic bias. Traditionally, the idea of faith has not been isolated from reason. “Faith can allay the doubts and disappointments which invariably arise in any given romantic relationship.”Instead, the West has embraced the notion that the two work in tandem. Indeed, Westerners have always applied the concept of faith to any given circumstance, and they have thereby gleaned wisdom and lived well. It is a travesty, therefore, that people today have settled for a shallow, materialistic view of faith. Such a view is unable to breed wisdom. Moreover, such a view could not possibly illuminate the mystery of romance. If faith is merely superstition, then it cannot serve as a grounding principle for any relationship. But if, on the other hand, faith is a real substance, then it behooves all people to understand what faith is and to live according to her counsel.

Faith, however, is not polarizing, for no person either has absolute faith or has absolutely no faith at all. For by saying that one has faith, it is meant that one understands and adheres to God’s counsel in scripture. If a person had absolute faith, he would follow God perfectly. Therefore, he would be morally perfect. Conversely, if a person had absolutely no faith at all, then that person would avoid walking every “How does one increase the mean of one’s faith in romance?”step in tandem with God’s laws and instruction. The person with no faith would be absolutely evil. But it is impossible to be either absolutely perfect or absolutely evil in this life because every person sins, but also because nobody sins as much as they possibly could. Therefore, faith does not indicate a polarity.

It may be, however, that faith does indicate a mean on a spectrum. The good end of the spectrum indicates a cognizant obedience of God’s counsel, whereas the bad end of the spectrum indicates willful disobedience. Faith must fall as a mean somewhere in between the brackets. A high mean implies an impassioned pursuit of God, whereas a low mean implies spiritual abdication.

Of course, faith is an all-encompassing virtue. Every one of life’s phenomena may be evaluated on the spectrum of faith, whether it be the measure of faith applied to one’s career pursuits or the measure of faith applied to one’s physical health and wellness, etc. Now, it is understood that faith must inform “Seeing one’s beloved grow in virtue is immensely satisfying, and it is exceedingly attractive.”romantic relationships by orienting them towards heaven. Here, to reiterate, faith’s necessary components are twofold: first, patience in acknowledgement that God has ordained one to have a partner who is “equally yoked” albeit flawed and, second, unequivocal commitment to the purpose of sanctification in the relationship no matter what. But how does this head knowledge become practical, and how does one grow in faith? Or, put another way, how does one increase the mean of one’s faith in romance?

First, one must remember that faith is godliness and that the byproduct of godliness is never disillusionment. If one is apathetic and frustrated in a relationship, it is because that person lacks faith and has forgotten what is the formal cause of that relationship, viz. sanctification. (This assumes that both partners in the relationships are already equally yoked and therefore have been brought together by“Disillusionment is the byproduct of selfishness.” God.)

Furthermore, that person is passionless because he has neglected to cultivate his own partner’s potential to radiate and magnify the glory of heaven on earth. Seeing one’s beloved grow in virtue is immensely satisfying, and it is exceedingly attractive. Therefore, it cannot be that a person of faith lacks delight in a romantic relationship because the person of faith is devoutly committed to pursuing heaven’s joys here on earth and investing them all in his partner.

Service is the crucial discipline. It can be defined as work done intentionally for another person’s good. The magic of service is that it draws someone’s thoughts towards the consideration of others. Since working for the good of others is essentially a heavenly thing, service, itself, becomes an act of orientation. When a man serves his partner, either to bless her spirit or her emotions or any other part of“Faith is realized only in humble hearts.” her, he is, by default, orienting himself towards heaven by following the example of Christ. She, in turn, sees the faith of her partner, and therefore her own faith is quickened. Hence, the two establish between themselves a partnership which is conducive for growth in faithfulness. Thus, they sanctify each other and enjoy each other more fully, as a result of their commitment to Biblical principles.

Therefore, it is true that the virtue of Christian faith can allay any doubts or disappointments arising in any given romantic relationship. The reason why is because faith understands that the goal, or telos, of such a relationship is holiness. The essence of such a relationship, therefore, must be sanctification, “Faith understands that the goal, or telos, of a relationship is holiness”which requires making unequivocal commitments to the other person’s good. Such commitments are actualized through persistent acts of service, which in turn yield great blessings, namely all the deep joys and pleasures of romantic love: stability, comfort, and happiness.

Corresponding to this, such persistent acts of service naturally expunge the selfishness and pride which are at the root of any disillusionment. Thus, the best romance is the one conceived in the Christian virtue of faith.

If the Christian Era Begins with the Birth of Jesus, Why Doesn’t Our Calend...
The Lord's Supper Part 2 by Matthew Howden
How Is It Possible to Be Thankful This Season When There’s So Much Economic...
What Is the Religion of Sikhism? Is It a Branch of Islam?