The Importance of Creeds and Confessions in Relation to Biblical Exegesis by Thiago Silva, ThM 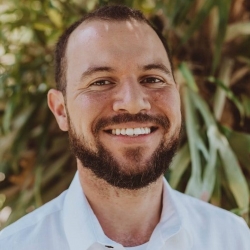 Thiago Silva, ThM
Thiago Silva is from Brazil and he currently serves as the pastor of Bethel Presbyterian Church (PCA) in Lake Charles, Louisiana. He holds a Master of Theology (ThM) from Calvin Theological Seminary and is a PhD student at Puritan Reformed Theological Seminary. He enjoys coffee and a good glass of wine. He is married to Lidia and is the father of three children.

In times of theological confusion, it is not advisable to profess Christianity without clearly stating what is believed. “No creed but Christ” is a dangerous slogan.

Christ’s church has always been a confessing church, because the genuineness of our faith has to be evidenced in what we believe and confess.

We must have the audacity to state clearly and openly, and preferably in writing, the things we believe in.

I recognize that we live in an era that rejects the notion of credal or confessional stances, but this position has to be rethought.

“No creed but Christ is a dangerous slogan.”

There are so many heresies and attempts to assault genuine faith that it is necessary to formulate and confess what we believe in, so that the church, in its entirety, will not be lost, or be thrown back and forth by any winds of doctrine.

In all ages, believers have been called to express their faith in a confessional way.

It is important to remember that subscription to a creed is not necessary for one to become a Christian, but, once a Christian, one has to confess his faith.

It is necessary for the Christians to confess his faith so that others will come to know what they believe.

Creeds and confessions are especially important for Christians in today’s world, because they are not essentially different from believers who lived in the early centuries of the Christian era.

For Christians of the patristic era, creeds were absolutely necessary for the development and definition of their faith.

Our faith must have historical roots, and creeds and confessions help us to understand them.

For example, The Apostles’ Creed gives us information about who Jesus Christ was. There it is said that he was born of the virgin Mary, suffered under the power of Pontius Pilate, was crucified, killed and buried, rising from the dead on the third day.

These are all historical data. They are an affirmation of our historical faith. If the redemption brought by Christ is not a historical fact, as some contemporary theologians have claimed, then we are not really redeemed.

It is absolutely essential that we take into account the historical roots of our faith.

Therefore, the creeds and confessions of the Christian church always refer to the origins and historical development of our faith.

As we have already seen, first came the creeds – summarized expressions of the Christian faith.

Subsequently, confessions came, which were more elaborate expressions, both of which were creeds and confessions, a direct result of the controversies in force at the time they were prepared.

“It is absolutely essential that we take into account the historical roots of our faith.”

Anti-dogmatism and aversion to confessional statements are marks of our time. However, genuine Christians have always cared about the historicity of their faith.

The Reformed Churches have always excelled in the elaboration of creeds and confessions.

It is characteristic that they are confessional. Based on the confessional claims of Scripture, the Reformed Churches saw the need to have a theological identity.

We live in a time of theological and doctrinal uncertainty because of the abandonment of creeds and confessions.

The return to the historical creeds and confessions is absolutely necessary. Thus, the acceptance of confessional propositions must lead to a practical, healthy life, full of love for the Word of God and holy fear and reverence for God.

“The return to the creeds and confessions must include the rejection of modern subjectivism that has neglected the truth as it is revealed in Scripture.”

This is absolutely necessary because we need to reject the subjectivism that has been taught in universities and in some evangelical seminaries.

The return to the creeds and confessions must include the rejection of modern subjectivism that has neglected the truth as it is revealed in Scripture.

In light of all this I ask, what role should confessional and creedal statements play in the task of systematic theology?

Let us answer this twofold question.

The Role of Creeds and Confessions and its Relation to Exegesis

What role should confessional and creedal statements play in the task of systematic theology?

I believe that the role of creeds and confessions has been correctly stated by Joel Beeke and Paul M. Smalley in their Reformed Systematic Theology. They claim that

we do cite these creeds because they declare the foundational truths of catholic Christianity, and thus serve as confessional boundary lines within which theology performs its investigations. While such creeds are not the inspired Word of God, to deviate from these standards is to enter into territory declared heretical by the church through the ages. The creeds draw boundaries and trace the framework that structures our theology.[1]

That means that creeds and confessions must not be ignored or neglected in our task as systematic theologians because they serve as boundaries that will not permit us to fall into false teachings.

Therefore, we must see the creeds and confessions as a framework that protect us from teaching anything contrary to Scripture.

However, at the same time, our study of the creeds and confessions must not lead us to neglect Scripture.

As it was already mentioned, creeds and confessions are not inspired by the Holy Spirit, Holy Scripture is.

“We must see the creeds and confessions as a framework that protect us from teaching anything contrary to Scripture.”

Before answering this question, I will provide a summary of the differences between Systematic Theology and Biblical Theology.

While Systematic Theology tends to organize and harmonize the theological themes present in the Scriptures, Biblical Theology seeks to describe what each term, concept, and verse mean for a given biblical author.

In this way, the task of biblical exegesis is to try to understand theology as it presents itself to each biblical author and how such theology is expressed by each of them, from their own historical, cultural, and social context.

“While Systematic Theology tends to organize and harmonize the theological themes present in the Scriptures, Biblical Theology seeks to describe what each term, concept, and verse mean for a given biblical author.”

Furthermore, there is no concern on the part of biblical exegesis to reconcile different theological concepts present in the Scriptures.

The role of Biblical Theology is to explain the biblical narrative without the concern of trying to harmonize the terms and concepts into a theological system.

Systematic Theology is a discipline that seeks to organize all the material revealed in Scripture in a coherent system for Christians today.

It aims to present what the Christian worldview is according to the Scriptures. In this way, Systematic Theology, as an activity of thinking and talking about the God revealed in Scripture, seeks to organize into a theological system what God wanted to reveal over the centuries in the Scriptures.

“Systematic Theology is a discipline that seeks to organize all the material revealed in Scripture in a coherent system for Christians today.”

I believe that Systematic Theology feeds on the results of Biblical Theology and its exegetical task.

It is true that it is impossible to go to the biblical text without presuppositions or a type of “system of theology.”

However, I believe that the systematic theologian must be willing to revise his assumptions and his understanding of biblical doctrines, when serious biblical exegesis takes a different direction from the position defended initially.

Thus, the honest systematic theologian must be willing to review positions and adjust the systematization of biblical doctrines based on biblical exegesis.

Reformed systematic theology assumes that the ultimate authority is Scripture and Scripture alone.

What, in my view, should be avoided is the elevation of the creeds and confessions to the level of an untouchable rule of faith.

Considering a certain confession untouchable may lead us to neglect exegetical and hermeneutic work.

“The honest systematic theologian must be willing to review positions and adjust the systematization of biblical doctrines based on biblical exegesis.”

In fact, if the creeds and confessions reached the climax of exegetical conclusions in some areas, with nothing to add to them, or anything that should be reconsidered or corrected, then why should we proceed with the analysis of the biblical texts related to the doctrines and themes found in the confessions?

Therefore, we must value the Reformed creeds and confessions and study these instructive and enriching documents.

We must take these texts very seriously and never join a church without first reading and understanding its confession of faith.

However, we need to remember that creeds and confessions are human texts, which were not inspired by the Holy Spirit, which can contain errors here and there and which must be revised, corrected and expanded as exegetical studies advance.

In this way, serious biblical exegesis must norm our confessions.

As we have seen, creeds and confessions are based on the Word of God, but they are not the Word of God – nor was this ever considered by its formulators –; they cannot replace the Word of God which alone generates life by the power of the Holy Spirit. (1 Pet. 1:23,  Jam. 1:18).

“The Word of God will always be richer than any ecclesiastical pronouncement, no matter how well it is elaborated.”

The creeds and confessions have their authority derived from the Word of God; in other words, their value is not intrinsic, but extrinsic: they are received and believed while they remain faithful to Scripture; thus, its authority is relative and derived.

The Word of God will always be richer than any ecclesiastical pronouncement, no matter how well it is elaborated.

The firmness and liveliness of Reformed Theology lies precisely in grounding its system on the whole counsel of God, submitting it to the very God who speaks through His Word.