The Greatest Gift by Kathryn Tipton 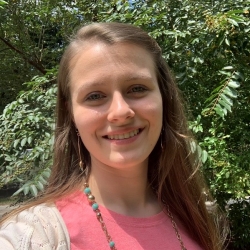 Kathryn Tipton
Kathryn is a general studies sophomore at the Baptist College of Florida and works at The Vineyard Christian Retreat, a Christian camp in southeast Alabama. Her hobbies include playing music, singing, web design, photography, and writing. She attends and serves at Eanon Baptist Church and hopes to one day be involved in full time ministry.

The Greatest Gift by Kathryn Tipton

Many, many years ago, in the palace of a King, there lived the King (of course), His Son, and many helpers that did anything at the King’s and Prince’s bidding.

This King’s palace was the richest, costliest, most beautiful, and luxurious palace anyone had ever seen, heard of, or even dreamed about.

The King and Prince had many subjects in their realm, but, sadly, very few were loyal, and fewer still would give all for them if required.

The odd fact about that, however, was that the King and Prince were the very kindest rulers ever known. They gave their subjects everything they truly needed – food, clothes, and more – even providing them jobs if necessary. No true need went unmet.

“The King decided to offer the most extraordinary proposition to His subjects – the like of which had never been known in all of history.”In return, the King and Prince required no more than the bare minimum – only the smallest, most menial tasks. Still, the people did not love their rulers in return.

Nevertheless, the King decided to offer the most extraordinary proposition to His subjects – the like of which had never been known in all of history. He would allow any of His subjects to go to the palace and live with Him. To qualify, they had to love the King, obey Him, and follow His commands every day. They also had to love their neighbors, family, and friends. Even still, no one followed the King’s instructions well enough to live in the palace.

This made the King and Prince very sad. They wanted their subjects to be loyal enough to join them in the palace. When no one did, however, the Prince proposed another extraordinary plan to His Father.

He asked His Father to let Him depart from the palace, dress like a royal subject, act like one, and pretend to be one, in order to try to teach the subjects to love.

The Prince carried out His unusual plan. He went and lived in disguise among the “commoners” for a long time, teaching them many things, and trying to convince them to love.

The people, however, were very stubborn, and definitely would not let a “stranger” quickly influence their ideals.

“When the King heard the news, He was very sad. “Why,” He thought, “did they kill my one and only Son? Don’t they know how much I love Him?'”

The people, overall, were very hard hearted and cruel, as well as being very greedy and prideful.

Therefore, not knowing that the “stranger” was their own Prince, they decided to exact the ultimate punishment – death – on Him.

It was written in the Law, however, that the commoners had no such right to do so. Nevertheless, in what they considered to be a grave situation, they assumed the power.

The King’s subjects carried out their menacing scheme and executed their Prince. When the King heard the news, He was very sad. “Why,” He thought, “did they kill my one and only Son? Don’t they know how much I love Him?”

But the King, in His great love for His people, still offered the award to live in the palace if His commands were obeyed.

Very few people ever realized that the Prince was the One they’d killed. However, some did, and these, finally understanding how great a love their King had for them, accepted His offer, obeyed Him, loved Him in return, and consequently went to live in the Palace.

The story you just read is true; it’s what God the Father suffered when Jesus, His Son, was sacrificed for our sins and the sins of the whole world.

Sadly, even today, many people do not accept the King’s precious offering, nor understand or realize His great love for us.

Yet, the offer stands; it is in place today. All you must do to live in Heaven when you die is accept God’s offer, and love and serve Him in return.“Ask God to let you live in His Palace for all of eternity.”

You can read about Jesus’ ultimate sacrifice in the Gospel of Luke, chapters 22-24.

The offer stands, forgiveness awaits. Please accept God’s precious Gift. Do not wait until it is too late. Today may be your last chance for salvation.

Accept God’s gift today. Pray and ask Jesus to give you a clean heart; ask for the forgiveness of your sins and accept God’s precious gift.

Ask God to let you live in His Palace for all of eternity.

If you sincerely ask, He will do it! Ask Him today!